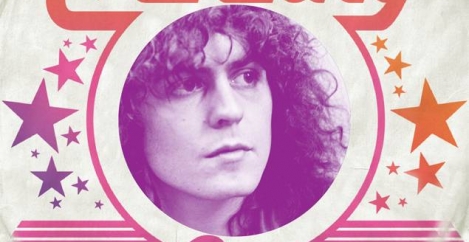 Our Twentieth Century approach to ergonomics has to change 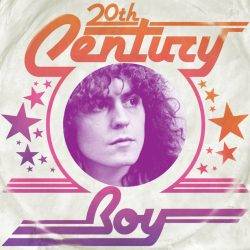 One of the big problems with the way some people talk about the term ‘ergonomic’ is that they tend to use it to describe the design of objects when really it’s about the relationship between a person and the things around them. It’s an abstract idea, about the relationships between design, facilities and management, so is dependent on a number of variables. When those variables change, what we understand to be good ergonomics changes too. The principle of ergonomics as we now understand it first came to prominence in the wake of the intensive growth in the use of computers. The legacy of this fixed view can be an approach based on an idea of desk-bound employees with a computer, whereas how we work now bears little resemblance to how we worked 20 years ago.

Give people a laptop and a mobile phone and the way they work changes. Encourage them to use break-out space and it changes. Tell them it’s OK to work from home, on a train or at a client’s premises and it changes. Now give them an iPad and it all changes again.

The changing face of technology and the social and organisational changes it brings in its wake, create the situation in which modern life relentlessly offers us not only new opportunities but also new ways of harming ourselves. One of the most recently identified was named by researchers at the University of Basel as ‘Laptop Thigh’. Caused by prolonged exposure of the skin to moderate heat, the physical condition itself is nothing new. It goes by the medical name of erythema ab igne.

Where once doctors were most likely to see it on the skin of workers in bakeries or people who’d spent too much time in contact with a hot water bottle, it is now more closely associated with people spending long periods at home with laptops braising their legs. The condition is closely associated with changes in the way we work. It is a social and economic ailment as much as it is a physical one.

As well as lightly toasted thighs, people are also likely to be storing up less visible but more damaging conditions related to poor ergonomics. Certainly no workplace would countenance staff working in armchairs with a laptop on their knee for hours at a time. Yet organisations accept it for their growing numbers of people who work that way routinely.

The health and safety issues involved are complex, but all rely on one fundamental principle; workers have the same rights and needs wherever they are. The company has the same obligations to its homeworking employees as it does to its office based staff. Many of these obligations are laid out in the Health and Safety at Work Act (HSWA) and include the need to supply appropriate equipment, carry out risk assessments, offer training and generally provide a safe working environment. Related legislation such as Display Screen Equipment Regulations is equally applicable.

However, this is not a matter solely about equipment and legislation. It is also about management. We all have an obligation to accept that it is clearly not acceptable to work with a laptop on our knees for hours at a time. We wouldn’t do it in the office, so we shouldn’t do it at home.

Even now, the problem of ‘Laptop Thigh’ is generating fewer headlines than the comparatively new but related ailment of ‘iPad Neck’. Tablet PCs present their own unique ergonomic challenges because users typically hold them low down, creating an instantaneous poor posture. The problem has been labelled by a research team from the Harvard School of Public Health in the United States, in a 2012 study of laptop users published in the journal Work, in which researchers measured the head and neck movements of each user.

The results showed that tablets which were held in the lap caused greater bending of the head and neck leading to neck and shoulder pains. The author of the study Dr Jack Dennerlein said the following about the results: “Compared to typical desktop computing scenarios, the use of tablet computers is associated with high head and neck flexion postures, and there may be more of a concern for the development of neck and shoulder discomfort. Only when the tablets were used in the table-movie configuration, where the devices were set at their steepest case angle setting and at the greatest horizontal and vertical position, did posture approach neutral. This suggests that tablet users should place the tablet higher, on a table rather than a lap, to avoid low gaze angles, and use a case that provides steeper viewing angles. However, steeper angles may be detrimental for continuous input with the hands.”

We are likely to see a greater incidence of related issues as more and more of us work on tablet computers which already outsell PCs. In addition, as we emerge from recession and the battle for talent heats up, this will coincide with a heightened interest in making them more productive. In terms of ergonomics, we are almost certain to see this manifest itself less as a way of reducing absenteeism and ill-health and rather more as a way of promoting good health.

This will require a new approach to ergonomics, based on providing people with the right equipment but also addressing the management issues that make the difference. In many ways schools provide a perfect model of contemporary ergonomics. Schools offer a holistic solution based on the needs of a mobile and active user. This is not based solely on an ‘ergonomic’ product but on an appreciation of the relationship between people, the way they work, the place they do it in and the stuff they surround themselves with. The kids are way ahead of us.

Similarly, many of us would benefit from frequently varying the position in which we work throughout the day, even working standing up for some periods. This is already commonplace in many European offices thanks to their greater use of sit-stand workstations. At the very least, regular breaks should be taken to stretch and walk about, to avoid all the aches and pains associated with inactivity. Workplace products such as chairs can help by being designed and adjusted to encourage movement, but culture and work patterns are just as important.

In schools, tomorrow’s workers are already embracing these ergonomic solutions. In every classroom in the country, schoolchildren intuitively grasp the concept of stopping work and going for a stroll about.

Ergonomics is an issue that relies on the entire workspace, not just an individual’s workstation. It is about knowledge, culture and variety, not least when it involves working with contemporary technology. Not only do we need to train people to understand the importance of using technology in the most appropriate way, we need to encourage them to move when they are sitting and get up and wander whenever they can. The options are plentiful. We have already experienced the ubiquity of break-out spaces, cafes and kitchens as a way of escaping the screen. Several companies have introduced ‘no email’ days, which offers the dual advantages of getting bums off seats and encouraging informal encounters between colleagues. But most important in this regard is a culture that understands the complexities of ergonomics.