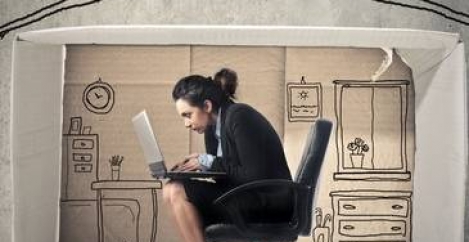 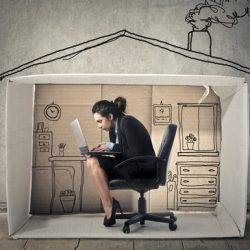 The idea that the younger generation of workers would be big drivers behind a trend for home working is easily debunked as just another millennial myth. A sizeable number of people under 35 who struggle to buy or rent their own home would find the workplace much more appealing when faced with the prospect of working from cramped, often shared accommodation. Of nearly one-third (31.4 percent) of British office workers who avoid working from home, according to a survey by Crucial, those 45 years old and above have a significantly more positive view on the option than millennials (18- to 34-year-olds). While 40 percent of the 45 and above age group said nothing would keep them from working from home – only 11 percent of millennials felt the same way. The survey  of 2,000 British office workers found that the most common reasons UK workers avoid working from home are the lack of human interaction (21 percent), the inability to connect to their company’s IT system (21 percent), having their children at home (18 percent) and a slow or old home PC (18 percent).

More than half (51 percent) of the respondents said that these factors cause them stress when working from home.

The survey found that 72 percent of British office workers across the United Kingdom have remote working options with their employers. However, workers in Glasgow are least likely to work from home, with 43 percent working for a company with a policy against the practise, which is nearly double compared to other cities such as Oxford (20 percent), London (22 percent), Brighton (22 percent) and Birmingham (22 percent).

He added: “Employers should also do their part in ensuring that there are fewer barriers to having their employees work from home, whether that is making their IT easier to access or helping to fix slow technology.”