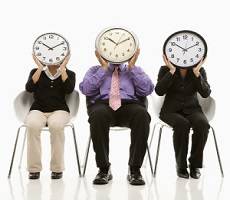 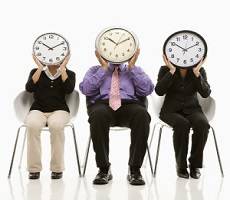 We’ve heard a lot lately about the plight of workers to take their work home, but according to new research by CareerBuilder.com, for a majority of workers, checking emails from home is their own choice. Well over half (63 percent) believe that working 9 to 5 is an outdated concept, with nearly 1 in 4 (24 percent) checking work emails during activities with family and friends. Half of these workers (50 percent) check or respond to work emails outside of work, and nearly 2 in 5 (38 percent) say they continue to work outside of office hours. Though staying connected to the office outside of required office hours may seem like a burden, most of these workers (62 percent) perceive it as a choice rather than an obligation. Interestingly, 50 percent of those aged 45 – 54 compared to 31 percent of 18- to 24-year-old are willing to work outside of office hours.

“Workers want more flexibility in their schedules, and with improvements in technology that enable employees to check in at any time, from anywhere, it makes sense to allow employees to work outside the traditional nine-to-five schedule,” says Rosemary Haefner, chief human resources officer of CareerBuilder.

“Moving away from a nine-to-five work week may not be possible for some companies (yet), but if done right, allowing employees more freedom and flexibility with their schedules can improve morale, boost productivity and increase retention rates.”

Work does preoccupy people’s minds  however, as the survey of over 1,000 full-time workers in information technology, financial services, sales, and professional and business services found that 20 percent of workers say work is the last thing they think about before they go to bed, and more than twice as many (42 percent) say it’s the first thing they think about when they wake up

Female workers, however, are more likely than male workers to go to bed thinking about work (23 percent versus 16 percent).

Far from dying out, the office is becoming more essential than ever The latest type of space adopted as a workplace by British workers? The pub