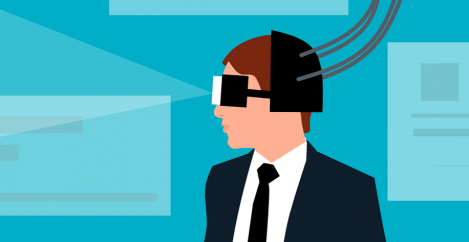 People in the West continue to express ambivalence about the metaverse 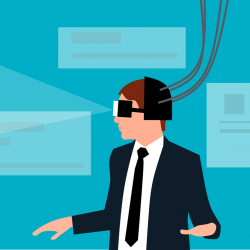 A new poll from law firm Gowling WLG claims to reveal a stark difference in attitudes in Western and Eastern nations when it comes to the metaverse. It claims that the technology is set to change how we work and socialise forever, and that early adopters like China and the United Arab Emirates are already reaping the economic benefits. The firm’s Immaterial World report compared attitudes towards the metaverse in six international markets. The research found that four-in-five (83 percent) Chinese consumers would consider taking part in virtual experiences, more than twice as many as in the UK (37 percent).

People in the United Arab Emirates were also found to be more enthusiastic about this technology; consumers in the UAE are over five times (43 percent) as likely to feel excited about the prospect of spending time in the metaverse in comparison to consumers in the UK (8 percent).

The report claims there is a clear connection between levels of understanding of the tech and enthusiasm for its potential. Two-in-five UK consumers (41 percent) claimed they have no understanding whatsoever of the metaverse, compared to just 6 percent of consumers surveyed in the UAE.

Nine-in-ten workers in UAE (91 percent) and China (88 percent) believe the metaverse will improve their businesses and working life, compared to just 43 percent in Canada and 33 percent in the UK.

According to Alexandre Brazeau, Partner at Gowling WLG, “cities like Dubai have already launched a metaverse strategy. Individuals in Dubai can interact with the Government via metaverse platforms and, as a city, they’re aiming to create over 40,000 new metaverse-related jobs by 2030.”

When it comes to concerns around security issues, the UK’s hesitancy is shared by other Western nations. Identity theft, privacy and safety, and fraud are vital concerns to be addressed. The authors say that the UK government must implement plans to support organisations navigating this new technology.

Davey Brennan, Partner and co-chair of Global Tech at Gowling WLG, suggests that alongside security concerns, heavy regulation could explain the UK’s hesitancy for the virtual realm: “Compared to other markets, the UK regulatory regime is the gold standard, offering investors’ confidence when it comes to their investment decisions. However, the UK’s regime can often be seen as a regulatory maze that is difficult to navigate – especially where blockchain technology is being used to, for example, effect payments, represent digital ownership or transfer assets using NFTs in the metaverse.”

“But that doesn’t mean UK business should put off developing a metaverse strategy. When asked how they feel about the idea of spending time in the metaverse, half of UK consumers are yet to make up their mind. Arguably, now is the best time to win over hearts and minds into the virtual world.”

The authors also suggest that, as organisations seek to bolster employee engagement through remote and flexible working; the metaverse could offer a solution. According to the poll, almost a fifth of people in the UK would consider workplace team management and collaboration (19 percent) in the metaverse. Almost a quarter of respondents across all markets (23 percent) agreed they would consider the technology for more immersive events.

One area that must be addressed is safety and privacy, with organisations educating staff on the risks posed by the metaverse. Guidance and training on optimising the metaverse for work is the main thing people need help with across all markets (42 percent across all markets; and 28 percent in the UK), according to the report.