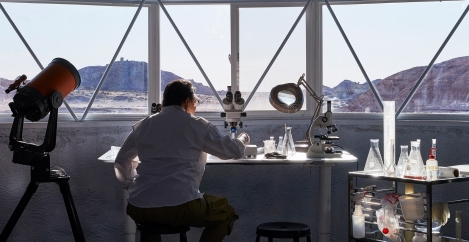 Seeing red about the only home we will ever know 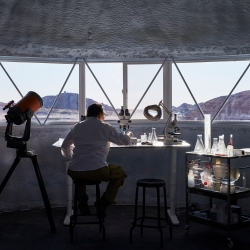 Somewhere in the Utah desert, there is a small living pod designed to emulate conditions on Mars for a group of scientists keen to explore how we might colonise that red planet after messing this blue one up. This came as a surprise to me as did the news that Ikea has been on site recently installing some of its furniture for the occupants. Next up perhaps, an installation of Billy bookcases on the International Space Station as scientists explore the effects on people of a lost screw in zero gravity. I am Jack’s unconstrained rage.

A few other things have surprised me this week and none of them were anything to do with the works, promises and utterances of UK politicians nor the fact that quite a few people are prepared to pull a sickie when they want a day off work. Who knew?

However, something depressingly unsurprising is this piece in The Atlantic about the health and safety risks faced by workers at Amazon in the US. Now, Amazon takes this kind of thing very seriously and is clearly very concerned about its reputation in this regard. Hence the campaign exhorting people to visit a warehouse to check for themselves and the way they will contact journalists to ask for some slack on this stuff (I’ve had a call myself in the past). Even so, the firm clearly has an ongoing issue and we certainly haven’t heard the end of it.

This is to be expected, given the ongoing general backlash against the FAANG firms of Facebook, Apple, Amazon, Netflix and Google. One thing that may raise an eyebrow however, is the creation of a coworking space for the cannabis industry in Los Angeles, which is pretty niche as these things go but perhaps a sign of a maturing market emerging in the wake of the WeWork unravelling.

Another was a ban on companies in Bavaria wishing their employees a happy birthday on the basis that their recorded birth dates do not exist just so that the firm can give them a cake and a card on them, the utter monsters. People can consent of course, but surprises are right out. In the meanwhile, any unwanted cake might go down well in that LA coworking space.

And finally, an unwelcome surprise came in the shape of these dinosaur shaped office chairs which, following the “news” that a lack of ergonomic products could turn the average office worker into a permanently deformed gargoyle, makes me want to look for another industry to write about.

So, back to the rational world of work. And where better to start than with Rob Briner, who argues in this piece that we shouldn’t rely solely on people analytics when making decisions about the workplace.

Incorporating other sources of information provides a fuller picture, not only providing important information about consistency or contradiction, but also helping us know whether what we find is important or relevant to the people involved. In other words, by using multiple rather than single sources of evidence we are more likely to both understand and deal with problems.

Neither should we over-complicate things unnecessarily, writes Doug Shaw in this blog. He refers to the tendency to introduce too many variables into a process to make it comprehensible for most of us, as well as the use of deliberately obscure language by both academics and sector specialists to ensure that Muggles are either excluded from conversations or need to have the ideas interpreted for them.

Change can be hard, and the process of exploring how we do things differently needs to acknowledge this, seeking clarity and inclusion as ways of engaging people in the process. Questions like ‘How does/could your knowledge creation include and transcend rationalist empiricism to acknowledge your whole self as relational beings?’ are not designed to be clear or inclusive. We need to do better.

At first glance, this criticism might be levelled at this piece on the Corporate Rebels site which starts with a promising headline about how three Nobel Prize winners discuss the future of work before stating that they are there to talk about the Ecosystem Micro-Community and the RenDanHeYi Smart Contract. Once you hack through this thicket however, you find yourself on the clear uplands of normal English and comprehensible ideas about rewards, behaviour and motivation.

And finally, a piece from Nature this week describing how we are already moving past the tipping points that will lead us to an inevitable climate disaster. Even the arguments about the economic downsides of addressing the problem of climate change are not as clear cut as we think, according to a new report from the Earth Institute at Columbia University, the Potsdam Institute for Climate Impact Research, and the Grantham Research Institute on Climate Change and the Environment. The scientists in the Utah Mars pod may have their eyes on the stars but the rest of us need to stay focused on the only home we have ever known, as a great man once said.