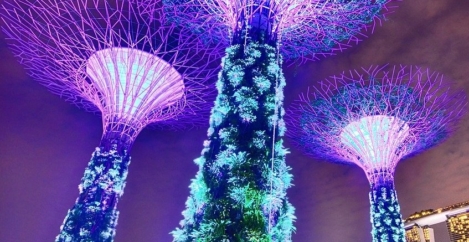 Singapore, Helsinki and Zurich are top of the world`s smart cities 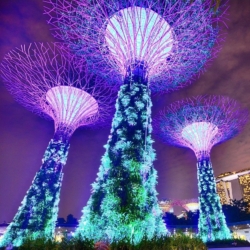 Singapore, Helsinki and Zurich have taken the top three places positions in the 2020 IMD-SUTD Smart City Index Report, a collaboration between IMD and Singapore University of Technology and Design (SUTD). The 2020 Index ranked 109 cities, 7 more than in last year’s inaugural edition, by using both economic and technological data, taken together with citizens’ perceptions of how “smart” their cities were. It is published under the aegis of the IMD Smart City Observatory (SCO).

This year’s report claims to offer key insights into how technology is playing a role in the COVID-19 era in a way that is likely to continue.

“It is of course too early to draw final lessons from COVID,” said Bruno Lanvin, President of the IMD SCO. “However, it is clear that we are at a critical juncture, where the health crisis is still very much with us, while the economic and social crisis that it will entail has hardly started. This year’s Smart City Index suggests that the cities that have been able to combine technologies, leadership and a strong culture of ‘living and acting together’ should be able to better withstand the most damaging effects of such crises.”

Lanvin’s remarks refer to a correlation between smarter cities and those handling the pandemic better. Cities are showing ever differing approaches to technology, and managing the pandemic is becoming more and more a matter of local politics.

In each city ranked, 120 citizens were asked questions in April and May 2020 on the technological provisions of their city across five key areas: health and safety, mobility, activities, opportunities and governance. The final score for each city was computed using the perceptions of the last two years of the survey.

Smart cities have some defense against pandemics

“Those with better technology manage the pandemic better,” said Professor Arturo Bris, Director of the IMD World Competitiveness Center. He underlined that that while smart cities are not the solution, technology certainly helps.

Professor Heng Chee Chan, Chairperson of the Lee Kuan Yew Centre for Innovative Cities at SUTD, agreed adding, “Smart cities closer to the top of the rankings seem to deal with unexpected challenges of the devastating pandemic with a better outcome.”

The findings suggest there are advantages to granting mayors and local authorities greater powers, with the goal of improving the wellbeing of citizens through the implementation of technology.

The 2020 top 3 represent a reshuffling of 2019’s scenario, which saw Singapore come in first, Zurich second and Oslo third. Some of the biggest changes and most significant findings in this year’s index, by contrast, were in underdeveloped cities.

The authors explained how if you add free WIFI to a city such as Medellin (up 19 places in the ranking this year), citizens’ perceptions of a change in their quality of life though technology will be sizeable. However, in an already highly developed city such as silver medalist Zurich, there is little to improve, so a lot has to be done to change perceptions.

This year’s rankings also highlight how countries are developing strong “second cities” beyond their capital. In the 2020 rankings, Bilbao fares better than Madrid, and Birmingham this year jumped by 12 positions whereas London improved just five.

The IMD-SUTD Smart City Index monitors the actual development of smart cities in all parts of the world, going on to draw strategic lessons from what works and what does not, offering information of potential use to a diverse range of onlookers, from analysts to government officials.

“Such a global vision is vitally important to seize the diversity of experiences and approaches offered by cities, because there is more than one way to be smart,” Lanvin said.

But to what degree can smartness actually protect citizens’ wellbeing in the face of a global risk?  Does it perhaps come down to how cities are exploiting the richness of their technological infrastructure? And what is the perfect balance to be had between leadership and technology in the plight against pandemics and climate change?

High-status individuals are influential, but only if they have a mainstream ideology Time to get on board with the psychological effects of working from home