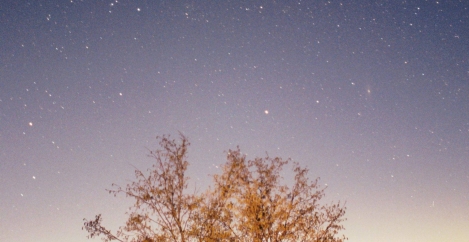 Sprinkling a little stardust on the workplace design debate 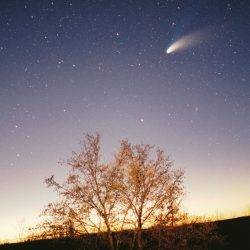 The idea that extraterrestrial organisms have throughout time seeded the surface of the Earth is not the sole preserve of loonies, mystics, conspiracy theorists, the permanently stoned and various wishful thinkers. This idea of panspermia has some pretty high profile and serious adherents. Perhaps one of the most surprising was the renowned but controversial astrophysicist Sir Fred Hoyle; pillar of the scientific community for much of his life, atheist, Darwinist and the man who coined the term Big Bang, albeit as a way of disparaging it. Yet also a man who believed that the global 1918 flu pandemic, polio and HIV were each the result of micro-organisms that fell from the skies rather than developing here on Earth. The broader scientific community dismisses such thinking because it derives in part from either an incredulity at the processes involved – as was the case with Hoyle – or an ignorance of them.

The same mindset is evident whenever some supposed trend is latched on to in other aspects of our lives. It has always been the underlying notion behind the characterisation of Generation Y as some form of extraterrestrial species, Midwich Cuckoos who are able to use their special powers and alien ways in ways unknown to the workplace aborigines that preceded them.

It is also evident in the much talked about issue of how the technology, media and telecoms sector (TMT) is not only gobbling up all the available office space in the world’s tech hotspots but also the transformative impact its approaches to workplace design are having on the way the rest of the world’s organisations view their own offices.

So far as much of the media is concerned, this means a plethora of slides, graffiti, juvenilia, quirky meeting rooms, any battered old armchairs that haven’t already been bought by Starbucks, pool tables and anything else that lets people think they’re not really working in an office at all. This is workplace design with the workplace itself hidden.

More soberly, the general characteristics of TMT offices were listed in the British Council for Offices’ (BCO) recent report on the sector. They are:

Now these are not only desirable features for a wider range of offices than those which house firms in the tech sector, some of them are no-brainers and some have been around for a long time. For example, the idea of a shift in emphasis from the personal workstation towards more collaborative and recreational space and mobile working can be comfortably mapped back some 20 years. Indeed I can reach over to my bookcase and grab a copy of Frank Becker and Fritz Steele’s 1995 book Workplace by Design and read a sentence such as…

‘an effective organization is best managed as a total integrated system that includes the physical facility, information technology, organizational policies and practices and management style’

…and conclude that it was written yesterday, as could the ideas espoused by numerous authors of the same era.

The TMT sector no more fell from the heavens than did the members of Generation Y, albeit that they may push the boundaries. To the authors’ credit that is also the broad conclusion of the BCO report, which concludes:

This report investigates the changing nature of work, and how it is manifesting itself within the TMT industry. Frequently the vanguard of emerging trends, it is highly likely that what we see as groundbreaking practices within this sector may soon become standard requirements within other industries.

There is a view that what TMT companies want from their premises may impact on building specifications. However, the demand for space from TMT occupiers shows no significant departure from current specification standards. Where they do show a difference, we must explore the potential for accommodating them in a way that satisfies occupiers, developers, landlords and investors.

What is perhaps more surprising is that companies in the TMT sector are often more corporate than they appear. The changes we see in the digitisation of work, demographic shifts and the consumerisation of IT signal that what is happening within the TMT sector is not isolated, but heralds a broader pattern of change we may see across other industries in the future.