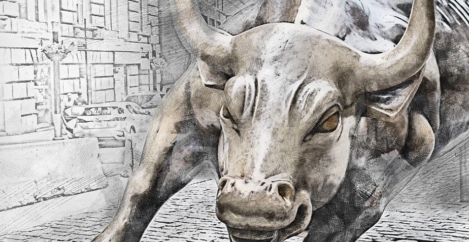 The bullshit jobs theory may turn out to be, well… 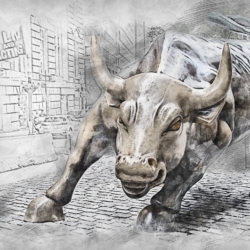 The so-called ‘bullshit jobs theory’ – which argues that a large and rapidly increasing number of workers are undertaking jobs that they themselves recognise as being useless and of no social value – contains several major flaws, argue researchers from the universities of Cambridge and Birmingham. Even so, writing in Work, Employment and Society, the academics applaud its proponent, American anthropologist David Graeber, who died in September 2020, for highlighting the link between a sense of purpose in one’s job and psychological wellbeing.

Graeber initially put forward the concept of ‘bullshit jobs’ – jobs that even those who do them view as worthless – in his 2013 essay The Democracy Project. He further expanded this theory in his 2018 book Bullshit Jobs: A Theory, looking at possible reasons for the existence of such jobs. Jobs that Graeber described as bullshit (BS) jobs range from doormen and receptionists to lobbyists and public relations specialists through to those in the legal profession, particularly corporate lawyers and legal consultants.

Dr Magdalena Soffia from the University of Cambridge and the What Works Centre for Wellbeing, one of the authors of the article, said: “There’s something appealing about the bullshit jobs theory. The fact that many people have worked in such jobs at some point may explain why Graeber’s work resonates with so many people who can relate to the accounts he gives. But his theory is not based on any reliable empirical data, even though he puts forward several propositions, all of which are testable.”

To test Graeber’s propositions, the researchers turned to the 2005–2015 European Working Conditions Surveys (EWCS), examining reasons that led to respondents answering ‘rarely’ or ‘never’ to the statement: ‘I have the feeling of doing useful work’. The surveys – taken in 2005, 2010 and 2015 – gather measures on the usefulness of the job, workers’ wellbeing and objective data on the quality of work. The number of respondents grew from over 21,000 in 2005 to almost 30,000 in 2015.

According to Graeber, somewhere between 20% and 50% of the workforce – possibly as many as 60% – are employed in BS jobs. Yet the EWCS found that just 4.8% of EU workers said they did not feel they were doing useful work. The figure was slightly higher in the UK and Ireland, but still only 5.6% of workers.

Graeber also claimed that the number of BS jobs has been ‘increasing rapidly in recent years’, despite presenting no empirical evidence. Again the researchers found no evidence to support this conjecture – in fact, the percentage of people in BS jobs fell from 7.8% in 2005 to just 4.8% in 2015 – exactly the opposite of Graeber’s prediction.

His next hypothesis was that BS jobs are concentrated in particular professions, such as finance, law, administration and marketing, and largely absent in others, such as those linked to public services and manual labour. “Many service workers hate their jobs; but even those who do are aware that what they do does make some sort of meaningful difference in the world . . . [Whereas] we can only assume that any office worker who one might suspect secretly believes themselves to have a bullshit job does, indeed, believe this,” he wrote.

When the researchers ranked the occupations by the proportion of people who rated their job as rarely or never useful, they found no evidence for the existence of occupations in which the majority of workers feel their work is not useful.

The authors found that workers in some occupations, such as teachers and nurses, generally see themselves as doing useful jobs, while sales workers are above average in the proportion rating their job as not useful (7.7%). Even so, most of the results contradict Graeber’s assertion. For example, legal professionals and administration professionals are all low on this ranking, and jobs that Graeber rates as being examples of essential non-BS jobs, such as refuse collectors (9.7%) and cleaners and helpers (8.1%), are high on this scale.

What Graeber got right

Not everything that Graeber suggested was wrong, however. He argued, for example, that BS jobs are a form of ‘spiritual violence’ that lead to anxiety, depression and misery among workers. The team found strong evidence between the perception of one’s job as useless and an individual’s psychological wellbeing, albeit a correlation rather than necessarily a causal link. In the UK in 2015, workers who felt their job was not useful scored significantly lower on the World Health Organisation Well-Being Index than those who felt they were doing useful work (a mean average of 49.3 compared with 64.5). There was a similar gap across other EU nations.

Dr Alex Wood from the University of Birmingham said: “When we looked at readily-available data from a large cohort of people across Europe, it quickly became apparent to us that very few of the key propositions in Graeber’s theory can be sustained – and this is the case in every country we looked at, to varying degrees. But one of his most important propositions – that BS jobs are a form of ‘spiritual violence’ – does seem to be supported by the data.”

Given that, in absolute terms, a substantial number of people do not view their jobs as useful, what then leads to this feeling? The team found that those individuals who felt respected and encouraged by management were less likely to report their work as useless. Conversely, when employees experience management that is disrespectful, inefficient or poor at giving feedback, they were less likely to perceive their work as useful.

Similarly, individuals who saw their job as useful tended to be able to use their own ideas at work – an important element for feeling that your job provides you with the ability to make the most of your skills – was correlated with a perception of usefulness. There was a clear relationship between the extent to which people felt that they had enough time to do their job well and their rating of the usefulness of their job, suggesting that one source of feeling a job to be useless is the pace at which one is working, affecting the ability to realise one’s potential and capabilities. Other factors correlated with feeling that a job was worthwhile included support by managers and colleagues and the ability to influence important decisions and the direction of an organization.

Professor Brendan Burchell from the University of Cambridge said: “Although the data doesn’t always support David Graeber’s claims, his insightful and imaginative work played an important role in raising awareness of the harms of useless jobs. He may have been way off the mark with regards how common BS jobs are, but he was right to link people’s attitudes towards their jobs to their psychological wellbeing, and this is something that employers – and society as a whole – should take seriously. Most importantly, employees need to be respected and valued if they in turn are to value – and benefit psychologically as well as financially from – their jobs.”

Ending the commercial rents stalemate can help economy rebound, claims CBI Bisley presents Quarters: A place to call your own