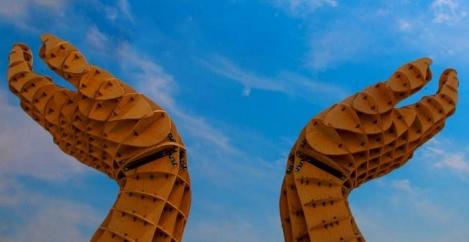 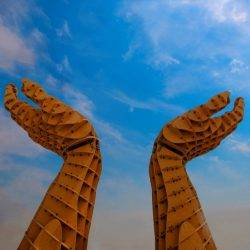 The idea of the cargo cult derives from anthropological observations made about the behaviour of societies that encounter more technologically advanced societies. In particular it is rooted in those rituals and objects created by Pacific islanders in an attempt to attract modern goods and technology and generally earn favour with people who they thought could prevent terrible events.

Often linked to apocalyptic predictions embedded in local folklore, the term is most commonly associated with the behaviour of Melanesian people when they first came into contact with Westerners and their contraptions and materials in the late 19th and early 20th Centuries. Some of the earliest cargo cults endure to this day.

One of the most commonly related stories about cargo cult behaviour is that, although the Melanesian people were technologically and culturally advanced in many ways, the arrival of aeroplanes and ships full of food and wealth was so radically different from what they knew, and apparently so powerful, that they looked for ways to attract more of them. This included the ritualistic creation of runways and roads as well as straw replicas of planes and antennae. Some cult members took to mimicking the sounds made by planes and wearing mock wooden headphones to summon them to their islands. They did not understand the technology, but they understood its forms and associations. 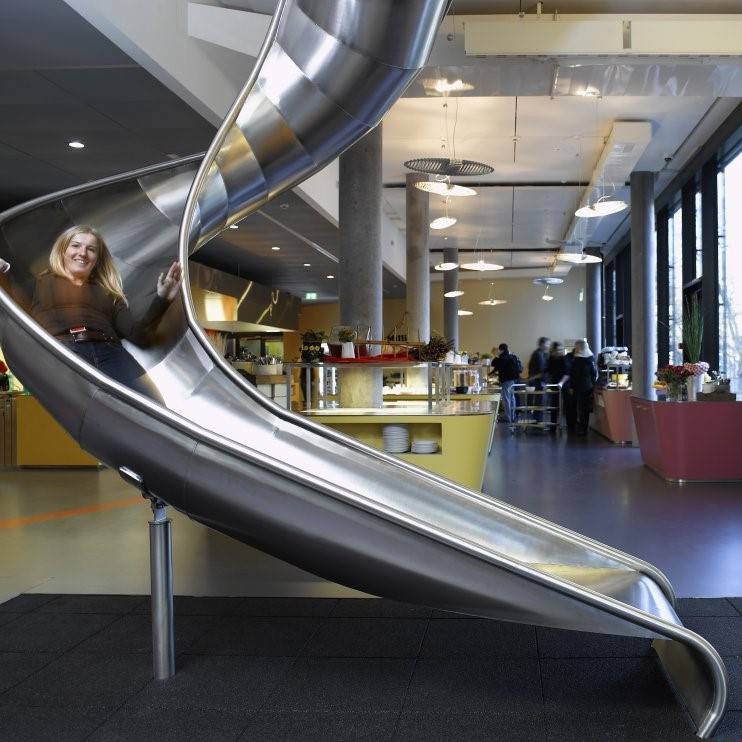 The baggage of colonialism can distort our perceptions of this sort of behaviour. The islanders weren’t ‘savages’ but members of an advanced society coping with technology and cultures they could not fully understand at first sight. We also don’t have to look very far to see examples of the same sort of behaviour in our own society.

The physicist Richard Feynman may have been the first to draw attention to this parallel in a 1974 address in which he warned that what he termed cargo cult science was something to which we are all prone, even (or perhaps especially) academics and scientists. This isn’t just about the standard confusion of correlation and causation, but something even more distorted because it is based on an association between a form or an idea and a desired outcome, often propped up with assumptions and misapplied research.

“The form is perfect”, he said. “It looks exactly the way it looked before. But it doesn’t work. No airplanes land.”

If you can’t see where I’m going with this, I’m probably not doing my job. Organisations can feel compelled to adopt certain forms in their offices because they are associated with particular, desirable outcomes, often backed up by research that may or may not be applicable in a specific context.

In this case, organisations look at the examples of firms that appear to have what they think is a more advanced take on office design and all the benefits it brings – wellness, youth, productivity, sexiness – and assume that if they copy the features in their workplaces, they’ll enjoy them too. But instead of straw planes and wooden headphones, they introduce ping pong and compulsory fun.

And yet the planes still don’t land when they should. 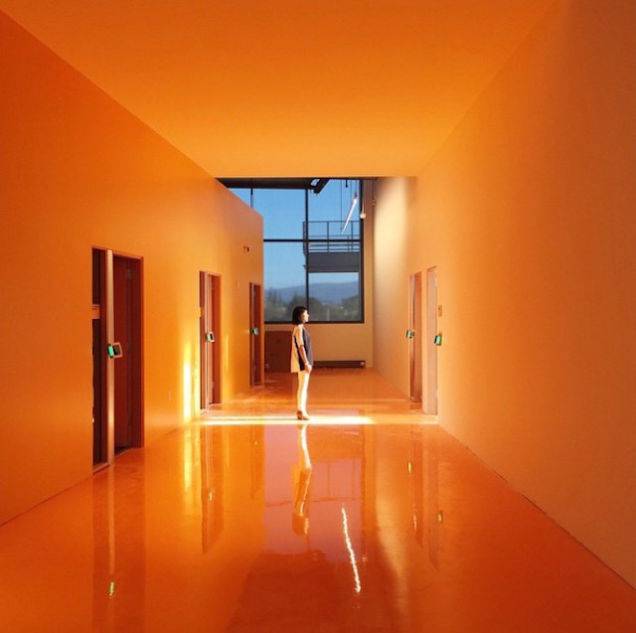 The reason is simply that they have fallen into the same trap as the Melanesian islanders. They understand the forms and their associated outcomes, but not the mechanics and sophistication of something they have seen work before, but in a different context. They are looking for simple answers, unaware of the complexities that make those things work or unwilling to invest in their ability to understand them and their applicability.

A fascinating article in The Atlantic explores in detail about how such cognitive bias manifests itself and the reasons behind it. Although it’s not specifically cited in this piece, one possible explanation for what is happening in terms of overly simplistic and misapplied office design solutions is not the potential fallacy of received wisdom, and the idea that we can be cognitive misers.

The term was first coined by by the American psychologists Susan Fiske and Shelley Taylor in 1984 and presented in their book Social Cognition. The idea describes how we are drawn to think in ways that require the least effort. Rather than accepting that things are often complex, nuanced, subject to change and dependent on context, people cut corners and rely too much on simplistic, absolutist ideas.

Such heuristic methods of arriving at decisions are attractive for finding quick solutions to problems, but they often come at a price, especially when dealing with complex systems such as the workplace. This is compounded when people come across information that seems to confirm their absolutist thinking, and a perfect example of this is provided by an issue like the use of open plan office designs. 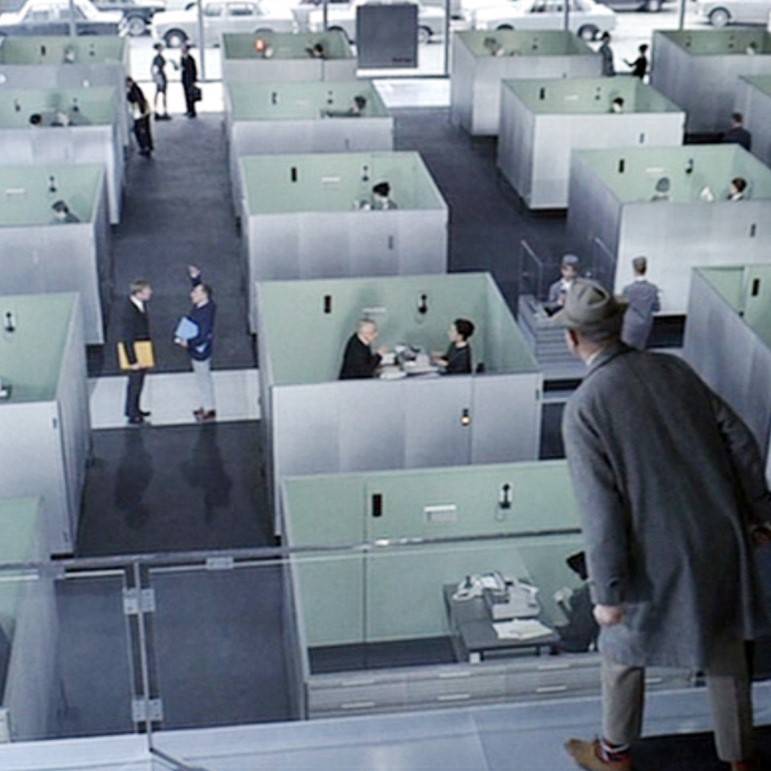 In perhaps the most commonly cited study into how open plan affects people, researchers from Harvard published a report looking at two organisations with open offices and gauged the impact of the open plan on levels of collaboration. The main finding was that people in these offices spent up to 70 percent less time interacting face-to-face. The report is an interesting addition to the literature on this subject, although there are some questions about the methodology and conclusions, which I won’t get into here, not least because they have been excellently teased apart in this piece from AWA.

What is most interesting to me is the way the survey was seized upon as absolute proof that open plan offices don’t work. One story, originally published on The Conversation and later republished by Fast Company went so far as to say that it represented the ‘final nail in the coffin’ of open plan.

Although this was pretty extreme, it wasn’t atypical of how the study was reported. There was something of a feeding frenzy in the media about the study which was not apparent when past studies were published suggesting that open plan offices can be the best solution in the right place.

Even the normally rational Economist ran an end-times piece about the subject. However, the most apocalyptic declarations came from the now familiar source of Geoffrey James on Inc.com, who is extreme in the way he talks about open plan offices, and clearly oblivious to any information or arguments that don’t back up his world view and his obsession with ‘bosses’.

A need for nuance and sophistication

All of this obscures some things we know pretty much for a fact about office design. The most important is that it’s complicated by the presence of people and the culture of the organisation, as well as other factors such as the shape and location of the building and the technology people use. And that means it’s very complicated indeed.

Wiser and better-informed heads such as the aforementioned AWA as well as Caroline Burns and Nigel Oseland already know this. We also know from much larger data samples such as that created by Leesman that whether an open plan office or any other design model is the right solution in a particular context very much depends, and that includes those models which a lot of people would like to have supplant the open plan.

We know to a large extent what makes people more productive in the workplace. We know what makes them well. We know what makes them collaborate. We know what attracts them when they have choices about where to work. There is a large body of research upon which we can draw. And much of it has little or nothing to do with the physical workplace in isolation from other factors including how much we enjoy our work, the identity of our employer and the company of our colleagues. Even when we know all of this, making it happen in practice is yet another thing. There are cultural and physical constraints to contend with, even if the strategy is the right one, and the target is constantly moving anyway.

What we cannot do is simply mimic the physical forms of a culture we perceive as more advanced than our own and expect the planes to land.

Firms mark the cards of employees who go mute or turn cameras off in remote meetings Office costs creep up, but not because of higher rents