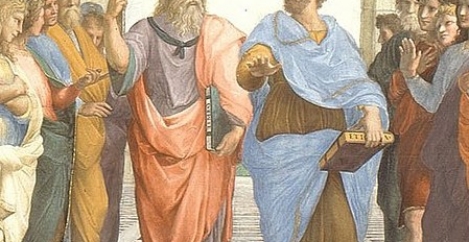 The Great Workplace Conversation gets quieter and more interesting 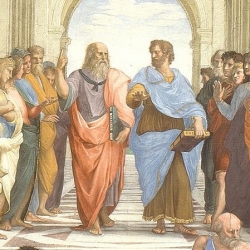 I recently stumbled upon the phrase epistemic trespass, which describes the phenomenon of people making judgements in fields in which they have no expertise. I came across it as it was used to explain the sudden explosion of opinions about Afghanistan from a hitherto unknown horde of experts. Which may or may not be the same horde that has been so very certain about immunology and public health during the pandemic. It’s an old idea and one that needs to be treated with care, for reasons set out by Noah Smith here. But it is useful in some ways because we all recognise the phenomenon and how social media amplifies it.

It might explain some tricky aspects of The Great Workplace Conversation from the past 18 months or so. It certainly helps to frame my own reaction to it. Where once I would publish one of these opinion pieces a week, more recently it has been one a month, maybe. Partly because there hasn’t been much to add to a one note conversation, but also because the world really didn’t need that many more views on the ‘future of work’, even when they could be heard over the din.

But I’ve noticed a change recently. There is a greater sense of reality and the best-informed voices are starting to make themselves heard more clearly again. Both points are evident in the latest report from Leesman, which sets out the challenges facing organisations and possible ways ahead.

I have been fortunate in recent weeks to have listened in to workplace managers from a number of organisations talking about their current challenges and opportunities. Each has a unique perspective but underlying it all there is the idea that firms need a clear strategy to move forward and take advantage of the opportunity they have been given to do things better. But they all say they need to have flexibility to adapt as they learn more about their real situation and how people are responding to it.

We have experienced a profound shift in the way we think about work, but we have not suddenly become new creatures in a new world. Indeed, the most important challenges and their solutions were evident before the pandemic.

People have never liked the fixed times and places of work, and there has been no need for them for many years. The right to request flexible working (now hybrid working for some reason) was enshrined in law in the UK and elsewhere. The majority of organisations offered it in some form or other. Activity based working models of office design and agile cultures existed.

These facts often went unknown or unacknowledged in many of the most certain viewpoints expressed over the last year-and-a-half. Indeed, The Great Workplace Conversation relied on it. There could be no tension in its central binary of office v home without ignorance – or feigned ignorance.

This kind of simplistic, occasionally hysterical, take has quietened recently. The world of work is changing, often in very profound and dramatic ways, but it always has been. Nothing is dying.

The changes that we see will manifest slowly and often in unexpected ways because our world is no more a blank slate than the people who inhabit it. As Arthur Schlesinger once said, “Science and technology revolutionize our lives, but memory, tradition, and myth frame our response”.

Our response is also framed by our nature. And that is often contrary, exasperating and unpredictable. We do things that don’t make sense. Things like status matter, as Ed West describes here, relating the story of how British sailors were persuaded to eat sauerkraut to ward off scurvy by being told it was only for the officers.

You can be sure status will play a role in what is to come for work, but I’m not daft enough to predict how. I certainly won’t be applying the same assumptions about people that suffuse this piece in The Atlantic.

It is a cookie cutter example of everything wrong with one half of the workplace conversation. Bosses are psychopaths who need people in the office so they can yell at them. People pretend to work in offices but won’t do that at home (yeah, right). People won’t indulge in power plays and passive aggressive behaviour when communicating digitally (of course not). People are more productive at home. And of course, everybody in the future will work in one way. Exactly like the author. They will join him in the great workplace singularity. Boom.

And how does the author know all this? Because it’s what works for him. n=1. Allows you to prove anything.

What happens when n does not equal 1 is rather more interesting and messier. As this piece in The Economist notes, the answer to the question of whether people are more productive working from home is ‘it’s complicated’.

Rob Briner hints at this truism in this piece, which describes how our experience of work is largely rooted in our relationships with each other, and work is not solely an economic transaction. Or shouldn’t be. Sure, as somebody reminded him on social media, we may not actually like our colleagues, but that merely emphasises the point. Some people may want work to be solely a transaction because it suits them, but many or most don’t.

The challenge will be to align the needs of people with the workplace, physical or otherwise. Which is why a new handbook about exactly this is so welcome. Edited by Rianne Appel-Meulenbroek and Vitalija Danivska, and published by Routledge under a creative commons licence (more of this from academics please) it features contributions from experts on a range of topics. No trespassing here.

Image: From Raphael’s The School of Athens fresco in The Vatican.