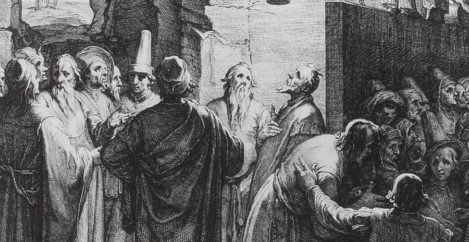 One of the few interesting things about the deluge of tedious work-related stories over the last few months has been watching the narratives about remote work, office life and all the rest of it develop. Of course, you’ll still get the odd piece like this, a rambling, lazy string of unexamined clichés that could have been written by a bot. And soon will be.

But for the most part, we’ve seen a very welcome and far better informed and nuanced take on where we are and where we might be heading, especially over recent weeks. Possibly, this is because the army of workplace experts we hadn’t known existed before March 2020 are now directing their searing polymath gaze elsewhere.

It shouldn’t really need saying, but rather than heeding the likes of Richard Littlejohn on the subject of work and where to do it, or even acknowledging him on any issue come to that, we should devote our time and energy to people like science writer Gemma Milne. In this podcast she exhorts us to ignore the hype about the future and engage our critical skills whenever we are told anything about what will happen next.

Also challenging the most basic, universal narratives about the future of work are familiar faces like James Dellow, who sets out some of the pros and cons of remote work here.

One of the points James raises is that not everybody’s needs, circumstances and experiences are the same so we shouldn’t be looking to apply the same solution everywhere all the time. Why this needs to be said repeatedly continues to escape me, but it’s a point made by this tech business leader too. And this one. And this one.

There is still a tendency among remote work absolutists – a group yet to receive the same sort of scrutiny devoted to the back to work absolutists – to suggest that the need for people to interact with each other in person is over-played. But this misses at least three important points. The first is human nature (and try getting the better of that).

The second is the solipsistic nature of many of these analyses. It is very often narrow in its perspective. It frequently involves people projecting their own thoughts, personal circumstances, location, social circles and experiences on to the rest of the population.

But as is increasingly clear, a shift in the nature of work is not generally a good thing for younger people, the less well-off and is completely irrelevant for many jobs, including those that are deemed essential.

These are the people routinely ignored in those prognostications about the future of work now routinely expelled from the cocoons of those privileged enough to occupy them.

The third and final point is to do with the very nature of work. One of the consequences of what we are seeing is likely to be a shift from presence to results for many people. As I’m not yet tired of saying, but soon will be, this is not necessarily a good thing. Not only is it likely to drive a large number of people into the ‘gig economy’ and the long, electronic arms of those wretched global freelancing sites that will drive down their incomes, it could also mean more people being managed by algorithms. What could possibly go wrong with that?

Image: Plato’s Allegory of the Cave by Jan Saenredam, 1604