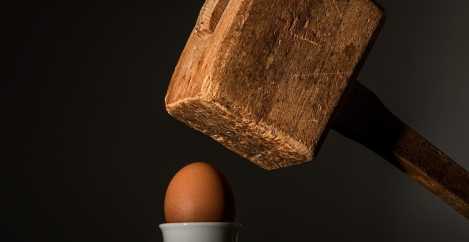 The truth about motivation, engagement and the employment of motivated idiots 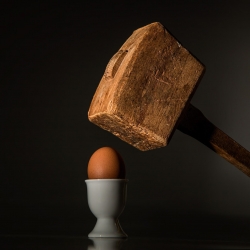 The current obsession with engagement and motivation is evident every time you read the business media these days. This is understandable in many ways, not least because it seems true that firms and employees are often working in an atmosphere of mistrust. But one thing that is often noticeable when a profession such as HR gets itself into a debate of this nature is the gap that can exist between practitioners and everybody else offering a view. So while academics can talk about definitions and suppliers seek to apply their solutions to the issue, it is often down to those who work at the sharp end to dish up the truth, however unpalatable or cynical that can seem to be.

One of the best and funniest quotes I’ve seen on the matter was something that appeared in Human Resources magazine a few years ago, in which Vance Kearney the HR Director EMEA for Oracle said ‘the only thing worse than employing idiots is employing engaged and motivated idiots’.

It’s a genuine coup de grace, not only with regard to the matter of employee engagement for HR professionals,  but as a distillation of the thinking that should apply in issues across a range of disciplines.

Kearney is emphasising that engagement is not a fundamental issue in the same way as employing the right people in the first place. It’s one of the things you only need to worry about when you’ve got the basics right.

Even then, you have to be aware of other fundamental issues such as timing. For example, trying to engage people who are worried about their job security is likely to be counterproductive. As the  consultant John Philpott once put it: ‘workplace disgruntlement in the private sector will take the form of simmering  distrust of bosses, especially those who adopt the trendy management speak mantra of  ‘employee engagement’ while piling the pressure on overstretched staff.’

This was something he said in about 2016 but has never been more relevant.

The same rules apply for issues such as workplace design which will not motivate or increase the performance of people who are concerned about their jobs, don’t like what they do or the culture in which they work. What drives us is far too complex to be ascribed to any one issue as the below film from the RSA shows, and that includes what you might assume is the most fundamental issue of all – pay.

This is interesting to consider in light of the recent news that one law firm wanted to cut the pay of staff in exchange for more flexible working. The key argument in the RSA film is that people should be paid enough to make money a non-issue. It needs to be taken off the table. What the firm has done in this case, at the very least, is to create an issue where perhaps none existed before. The sort of decision you’d expect from an engaged and motivated idiot.

This is an updated piece that was originally published in 2016.

Nature based solutions have the potential to transform cities and buildings Facilities managers: you never noticed us because we did such a great job