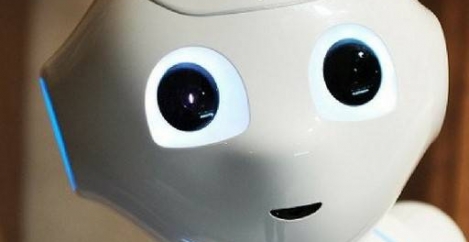 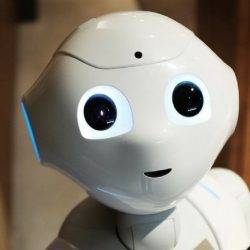 The latest report to examine the disruptive potential of robots in the workplace has been published by PwC as part of the firm’s regular Economic Outlook series. The study claims that up to 30 percent of existing UK jobs will be susceptible to automation by robots and Artificial Intelligence by the early 2030s, although in many cases the nature of jobs will change rather than disappear and the change will increase productivity and wealth. This is lower than the US at 38 percent and Germany at 35 percent, but higher than Japan at 21 percent. The report looks in detail at the composition of jobs in different industry sectors and occupations, using machine learning techniques to model the potential impact of AI in the future based on OECD data. The likelihood of automation appears highest in sectors such as transport, manufacturing, and wholesale and retail, and lower in education, health and social work.

The report claims that male workers could be at greater potential risk of job automation than women, but education is the key differentiating factor for individual workers. Automation will also boost productivity and wealth, leading to offsetting additional job gains elsewhere in the economy  – but income inequality may rise. The report also suggests that economic, legal and regulatory constraints may restrict the pace and extent of  increases in automation in practice

The potential impact of job automation also varies according to the characteristics of individual workers. On average, PwC estimates that a higher proportion of male jobs (35 percent), particularly those of men with lower levels of education, are at higher potential risk of automation than female jobs (26 percent). This reflects the fact that relatively highly automatable sectors such as transportation and storage and manufacturing tend to have high proportions of men working in them. In contrast, female workers are more concentrated in occupations requiring higher levels of social skills – and often higher average education levels – such as health and education.

While automation related to AI and robotics should boost productivity and will not necessarily reduce total employment in the long run, it could also widen income inequality because a greater proportion of the economic pie will go to those with the knowledge and skills needed to thrive in an ever more digital economy. This would put a premium not only on education levels when entering the workforce, but also the ability to adapt over time and re-skill throughout working life in the face of an accelerating pace of technological change.

John Hawksworth, chief economist at PwC, commented: “A key driver of our industry-level estimates is the fact that manual and routine tasks are more susceptible to automation, while social skills are relatively less automatable. That said, no industry is entirely immune from future advances in robotics and AI. Automating more manual and repetitive tasks will eliminate some existing jobs, but could also enable some workers to focus on higher value, more rewarding and creative work, removing the monotony from our day jobs. By boosting productivity – a key UK weakness over the past decade – and so generating wealth, advances in robotics and AI should also create additional jobs in less automatable parts of the economy as this extra wealth is spent or invested.

“The UK employment rate is at its highest level now since comparable records began in 1971, despite all the advances in digital and other labour-saving technologies we have seen since. It is not clear that the future will be radically different from the past in terms of how automation will affect overall UK employment rates.”

“Just because it is technically feasible to replace a human worker with a robot, doesn’t mean it’s economically attractive to do so. Levels of automation will depend on the relative cost and productivity of robots compared to human workers in carrying out different types of tasks. We expect this balance to shift in favour of robots over time, but there should still be many areas where humans retain a comparative advantage. In addition, legal and regulatory hurdles, organisational inertia and legacy systems will slow down the shift towards AI and robotics even where this becomes technically and economically feasible. And this may not be a bad thing if it gives existing workers and businesses more time to adapt to this brave new world.”