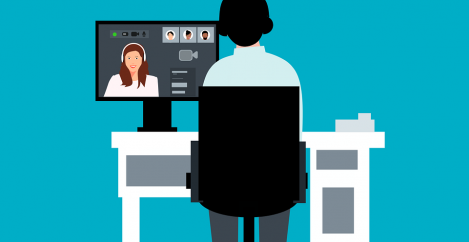 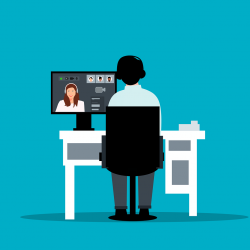 A new study from Vyopta claims there has been a significant increase in the number of one-to-one virtual meetings and ad hoc collaboration on digital meeting platforms over the past three years. Its paper The Evolution of Hybrid Work: A Three-Year Analysis based on data from around 48 million meetings held in 2020, 2021, and 2022 measured engagement trends over time and studied how the workforce is adapting to remote-first and hybrid collaboration.

The firm says it compared samples of meeting data from six-week periods in 2020, 2021, and 2022, and claims to have identified the following trends:

The rise of on-to-one virtual meetings

The most notable finding was the growth of one-to-one virtual meetings from 17 percent in 2020 to 42 percent in 2022. The increase in meeting volume is propelled by a significant increase in ad hoc one-on-one meetings, indicating a shift in how employees are using the technology and engaging with each other.

Meeting culture and familiarity with the technology both improved during the study time period with 17 percent fewer participants arriving late and a 57 percent reduction in rejoins. Vyopta also claims that as organisations began returning to the office (mostly on hybrid schedules), there was not a significant impact on the number of meetings held virtually.

Lastly, in analysing meeting duration and partial attendance (the average portion of the full meeting a participant attended), the data suggests that employees and managers are continuing to optimise their time by only attending the parts of the meeting which are relevant to them.

The firm also analysed the metrics for meaningful correlations between collaboration and employee retention and the attrition group participated in 29 percent fewer meetings overall. The difference was disproportionately concentrated in one-to-one meetings. Looking specifically at one-to0one meetings, the primary factor was ad hoc meetings with baseline employees participating in nearly 3x more than the attrition group. Other notable claims are that employees who left were 22 percent less likely to host their own meetings, joined 7.5 percent more meetings late and experienced 46 percent more reconnect issues.

Never mind the workplace predictions, here’s some bollocks How businesses can support employee wellbeing over a difficult festive period