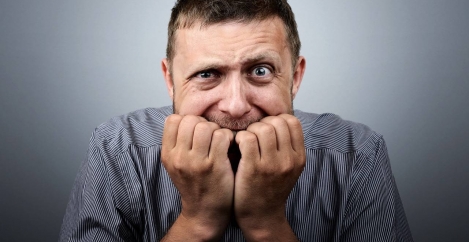 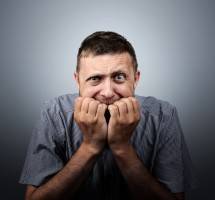 More evidence in the case against sitting down at work has been published this week by researchers from Australia’s Deakin University which shows prolonged sitting is linked to an increase in anxiety. In the first systematic review to examine the relationship between sedentary behaviour and anxiety, published in the open access journal BMC Public Health, it was revealed that only nine studies have investigated the link between sitting time and anxiety risk, but that in five of the nine studies, an increase in sitting was found to be associated with an increased risk of anxiety. There appears however, to be no data available yet on a rise in anxiety amongst office workers who, in the last few months have been being bombarded with scare stories about how “sitting is the new smoking” and how they’re putting themselves in mortal danger if they don’t try and stand for several hours a day.

Dr Megan Teychenne from Deakin University’s Centre for Physical Activity and Nutrition Research (C-PAN) and lead researcher on the study, said that anxiety is a common and growing problem, estimated to affect 27 million people worldwide.

Dr Teychenne said an increase in anxiety symptoms in modern society, seemed to parallel the increase in the time we now spend sitting, so she was interested to see if the two were in fact linked.

“Anxiety has been linked to chronic diseases such as heart disease and cancer, so we need to identify ways to reduce the risk of this serious illness,” she said.

“From the results we did find sitting was linked to increased risk of anxiety, so it is important for both adults and children to try and sit less during the day.

“Even if you go for a run after work, if you sit for long periods of the day at your desk, or tend to sit on the couch for long periods after school or work, then you might potentially be at higher risk of anxiety,” she said.

Dr Teychenne said that while this a relatively untapped area of research and further studies are needed to help provide a clear picture of the link between sitting and the risk of anxiety, there are simple things that can break up your sitting time.

“If you work in an office job then stand up for a few minutes every hour and grab a glass of water, walk to the printer, or try a standing desk. Stand on public transport rather than sit and encourage the whole family to get up during ad breaks if you are watching TV.

“So start today, make some simple changes and stand up for the sake of your mental health,” she said.