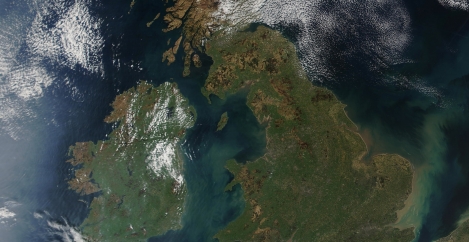 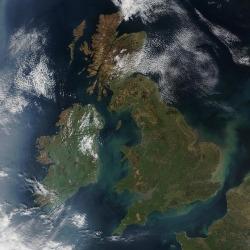 UK GDP could be boosted by 4 percent – or £83 billion – if local areas with below-average productivity levels could make up half of the gap, according to PwC’s latest UK Economic Outlook. The report examines UK regional productivity, revealing wide variations in domestic productivity per job, as well as from an international perspective. PwC concludes that UK output per worker is around 10-15 percent behind Germany, France and Sweden and more than 30 percent behind the US.

Regional productivity gaps are large, with output per job in London around 40 percent above the UK average, but around 18 percent below the national average in Wales. In addition, the gap between the best and worst performing local enterprise partnerships (LEPs) in England is widening, with productivity in the highest-ranking LEP being around 2.1 times more than the lowest-productivity LEP in 2017, as compared to 1.8 in 2002.

John Hawksworth, chief economist at PwC commented:  “Places that are better connected physically and have access to skilled workers tend to have higher productivity levels. We find, for example, that a 1 percent increase in skills is associated with a 2 percent increase in productivity in a local area. Similarly, physical connectivity also matters, which reinforces the case for increased investment in transport infrastructure for areas that tend to lag behind, whether in the North of England or the far South West such as Cornwall.

“The prize from closing the regional productivity gap could be large. If LEPs that are performing below the UK average can close 50 percent of this gap in productivity performance, it could add around £83 billion to the economy, equivalent to almost 4 percent of GDP. Yorkshire and the Humber could see the largest percentage increase (13.5 percent), followed by Wales (10.7 percent). ”

The report suggests a number of strategies that could be employed to help boost productivity across the regions. Notably, businesses can promote workplace training and upskilling, a recommendation that is reinforced by PwC’s recent global skills survey, which showed that the desire of UK employees to learn new skills is not being met by employers. In addition, investment in local infrastructure could boost connectivity (and therefore productivity). LEPs could collaborate to strengthen intra-regional connectivity. This could utilise the Oxford-Cambridge arc as an example, which is supported by four LEPs in an effort to boost east-west transport connectivity through the East West Rail and Expressway.

The increase in regional productivity would improve the UK’s economic prosperity and its comparative performance with advanced economies, where it is currently lagging behind. The UK Economic Outlook reveals that this is not down to the UK having too small a manufacturing sector (except in part in relation to Germany); instead it reflects lower average UK productivity levels within a number of major industry sectors, such as retail and wholesale.

“Evidence suggests that this productivity shortfall is due to low levels of investment and R&D spending and a longer tail of companies and workers with relatively low productivity and skills. The UK has the third lowest investment rate in the entire OECD and low R&D spending – at just 1.7 percent of GDP it is below the EU average of 2.1 percent, behind France and Germany and barely half the level of Sweden.

“The economic prize would be significant if the UK were to close the per-worker gap to German levels, for example. This could see the UK economy grow £ 180bn per year larger – £5,800   for each worker in the UK.”

PwC points to a horizontal strategy to improve productivity performance across a range of sectors, such as higher standards in the formal education system and a lifelong upskilling strategy that enables workers to acquire new skills, particularly digital skills, as well as a better investment environment, modern infrastructure, and a financial system that supports investment by firms of all sizes.