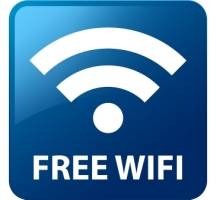 The UK Government has announced that it is to invest £50 million in providing free Wi-Fi on a number of regional rail networks across England and Wales. The rollout will extend to Thameslink, Southern and Great Northern (TSGN); Southeastern; Chiltern and Arriva Trains Wales.  In addition, all future bids for new rail franchises will have to include provisions for Wi-Fi infrastructure. The government has said it is focusing on those operators that currently have limited plans to invest in Wi-Fi infrastructure to give the greatest benefit to customers, which may explain the absence of long distance carriers. The plan is to offer greater access to free wi-fi on the country’s rail network by 2017. The money is equivalent to the amount Network Rail has returned to the Government for missing punctuality targets.

Rail Minister Claire Perry said: “Free wi-fi is a priority for many as being able to keep up with work, connect with friends or even check the latest journey information online helps make rail travel more productive.”

Chief Secretary to the Treasury Danny Alexander said: “the government is earmarking around £50 million to provide free wi-fi on trains; this and our other franchising improvements mean that nearly three-quarters of rail journeys will be made on trains with wi-fi provision.”