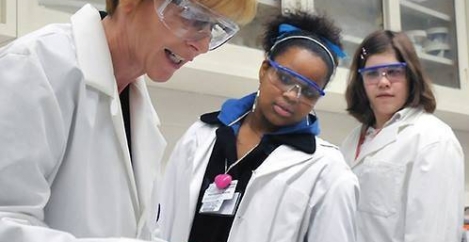 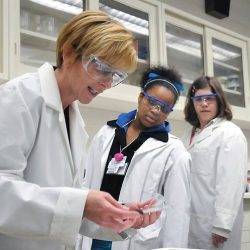 According to new research by WISE, the campaign for gender balance in science, technology, engineering and mathematics (STEM), the UK is on track to have one million women working in core STEM roles by 2020. The research shows that there are over 900,000 women working in STEM currently and an estimated 200,000 women with STEM qualifications will reach working age within the next 2 years. The news was announced at WISE 2018 Awards presented by the Patron of WISE, HRH, The Princess Royal.

In her welcome speech, HRH, The Princess Royal, said the WISE goal of reaching 1 million women in STEM was within reach if employers could recruit just half of the 200,000 thousand girls estimated to be studying STEM subjects. She also said it was very important to continue to encourage girls to be curious and explore the opportunities opened by science, technology and engineering.

WISE’s annual Awards recognise inspiring individuals and organisations who are actively working to promote STEM to girls and women and drive change. Costain, Network Rail, EDF Energy, and BAM Nuttall were among some of the companies who collected Awards.

Helen Wollaston, Chief Executive Officer for WISE, explained: “We need UK employers to do more and follow the great example of our Award winners who are leading the way. They have managed to get more women into engineering and technology, removed barriers preventing women moving up through the ranks and seen the benefits of doing so in terms of improved business performance. The great news is that there are more women than ever before coming onto the labour market with engineering and technology qualifications. If employers manage to recruit just half of these women, the UK will have achieved a major milestone.”

WISE also wants to see an increase in the proportion of girls choosing maths, physics, computer science and engineering, as well as making it easier for women who did not study these subjects at school, college or university, to obtain the relevant qualifications later in life.

Helen continued: “There is a major opportunity for companies in the UK to step up their efforts to ensure they retain the women they already have in STEM roles, as well as opening doors for those who may want to retrain from other roles or return after career breaks. Employers can benefit from re-training women who already work for them, many of whom would jump at the opportunity to learn new skills and have a more interesting role with better pay and prospects. This will also help with the gender pay gap. Network Rail who won our Career Award is a great example of how companies can make a real difference.”

With women representing just 16% of those in IT, Trudy Norris-Grey, WISE Chair and Microsoft Managing Director, said: “The step closer to 1 million women in STEM is fantastic, however,  we have much more to do in the technology industry as it is not making the progress that is being seen elsewhere in STEM industries. Faced with a huge growth in demand for technology skills in every sector of the economy, we have to increase the number of women working in tech or face a severe skills shortage. We don’t want women to lose out on future jobs and nor can business afford to lose out on their talents and contribution.”

Helen concluded the evening by saying: “A girl studying A-level electronics told WISE recently that she feels her generation is on the cusp of finding new and better ways of creating things – in a sustainable way. Science and engineering and tech are fundamental to the future of the planet, we need women to take their rightful place in creating that new future.”

Career opportunities with SMEs are growing, but graduates not convinced Go Home On Time Day highlights one of the least discussed workplace issues