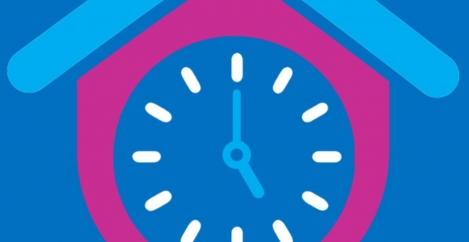 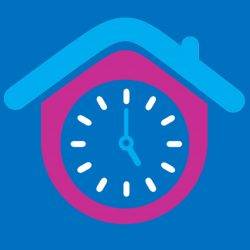 Today is National Go Home on Time Day (in Australia at least) and the 10th annual report by The Australia Institute’s Centre for Future Work published to coincide with it estimates that Australian employees will work 3.2 billion hours of unpaid overtime for their employers this year, worth an estimated $106 billion in wages. It’s refreshing to see a figure  applied to this issue, because most of the stuff we get tends to highlight how much time employers are losing to the myriad of distractions, responsibilities, foibles, preferences, cock-ups and ailments that come with giving jobs to humans. An issue we satirise here.

The Australian national survey undertaken as part of the report claims that the average Australian worker now puts in six hours of unpaid overtime per week, which equates to working an extra two months for free every year. That’s an increase from 5.1 hours on average in last year’s survey. The two parts of this year’s Go Home On Time Day report, focusing on unpaid overtime and digital surveillance, can be downloaded here.

“Australians are working more unpaid overtime than ever before, and they’re paying a high price for it,” said Troy Henderson, Economist at the Centre for Future Work. Time theft takes many forms, including employees staying late, coming in early, working through their lunch or other breaks, taking work home on evenings and weekends or being contacted to perform work out of hours.

“Most Australians wouldn’t dream of working for two months without pay. But it’s spread out over the whole year, and has become part of the implicit expectations of too many jobs. ‘Time theft’ has thus become endemic across the whole labour market. Today we ask that all Australians go home on time and try to limit the unpaid overtime they work. And stopping time theft is ultimately the responsibility of employers and government, too, not just individual workers: employers must value and respect the leisure time of workers, and recognise that work cannot take over our entire lives.”

The survey indicated that even part-time and casual workers – most of whom want more paid hours of work each week – are being asked to work unpaid overtime (averaging over 4 hours per week for part-timers and almost 3 hours per week for casuals). “Given the problem of underemployment and precarious work in today’s labour market, it is especially unfair that part-time and casual workers are being pressured to work for free,” Mr. Henderson added.

This year’s Go Home on Time Day survey also included a special questionnaire on the use of digital surveillance and monitoring in Australian workplaces. 70% of respondents said their employers use at least one form of digital surveillance or monitoring, including cameras, GPS tracking, monitoring internet or social media activity or counting keystrokes, to monitor employees – and sometimes to discipline or even dismiss them.

“Technology can have a strong positive effect in the workplace, but our research shows it is also being used in ways that increase pressure on employees and reduce the level of trust in workplaces,” Mr. Henderson said. “It’s clear from our research that millions of Australians are losing out to time theft. Both underemployed workers, and those who work too much, are giving up their precious time for free. All Australian workers have the right to go home on time.”