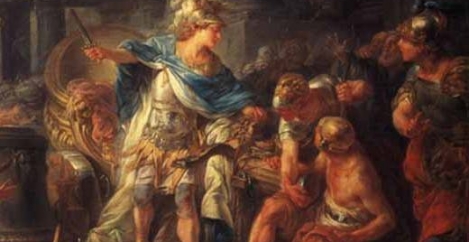 UK productivity is up but the underlying puzzle remains unsolved 0 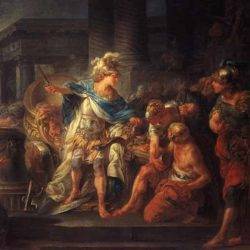 The latest productivity data from the Office for National Statistics shows that UK productivity is up, although the accompanying briefing admits that the data ‘provides little sign of an end to the UK’s productivity puzzle’. According to the report, output per hour increased in the final quarter of 2016 at its fastest rate for more than a year. Quarterly growth of 0.4 percent lifted output per hour 1.2 percent higher than a year ago. While the productivity puzzle is a feature of most developed economies, it is particularly intransigent in the UK, which has a significant gap compared to other nations such as Germany, the US and France. This is despite the fact that Britons spend more time working than those in any comparable nation, except the US. 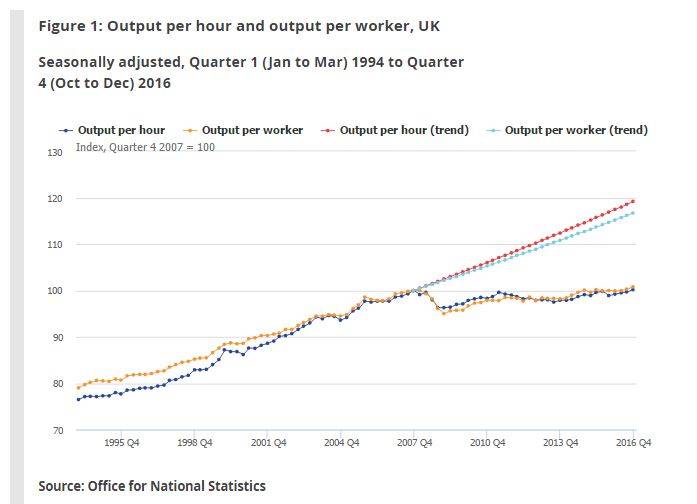 According to the ONS there is significant variation across sectors, with non-financial services contributing significantly more to the overall increase than any other sector (fig 2).

Last month Andrew Haldane, chief economist of the Bank of England, produced an in depth report based on a presentation exploring the possible reasons for the puzzle and suggesting solutions. Amongst his stated reasons were a ‘long tail’ of low productivity industries and individuals and a labour force unwilling to switch between jobs and professions. He concluded that the puzzle would remain while the cultural issues involved remained. This is compounded by the persistence of low paid, insecure work that discourages workers from moving jobs when new opportunities are available. 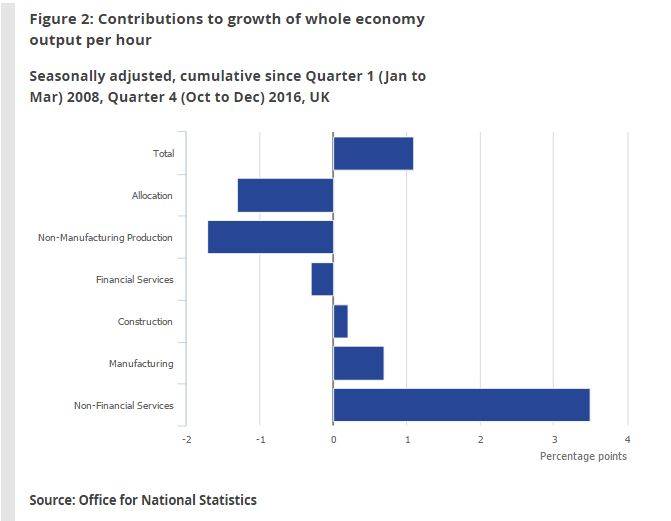 Low wages and the high costs of living in London are also cited as issues. In an interview in The Times (subscription), Simon French, chief economist at stockbrokers Panmure Gordon, the stockbroker, argues: “if you live in Burnley and are the most productive person in Industry A and Industry A happens to be based in Old Street’s Silicon Roundabout, you wouldn’t necessarily move to London because there are barriers. Your net income after housing costs may not be that attractive.”

It is a point confirmed by a story in the FT today which describes how people working in London’s creative industries find it increasingly difficult to afford to live near to where their main opportunities for work are found.

One other point raised in the ONS report is the possibility that the problem is cultural and the result of poor and indifferent management. This idea has been developed by the always excellent Flip Chart Rick in his blog.