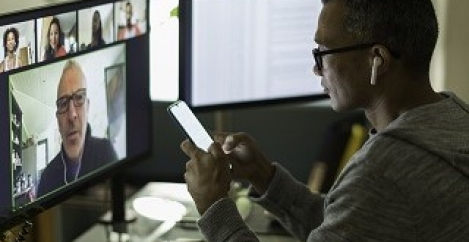 Are these the top ten most annoying behaviours while working from home? 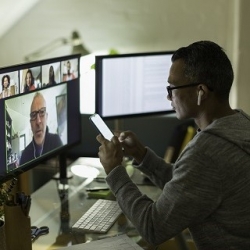 With more of us working remotely than ever before, Premier Inn has surveyed over 1,000 working professionals to highlight the most endearing (and frustrating) behaviours displayed by colleagues while working from home.

The survey suggests that many workers have actually found their colleagues more endearing since the move away from the office, with three quarters (75 percent) of workers reporting that their colleagues showed endearing behaviours at least once a week.

When it comes to the most endearing behaviours shown while remote working, messaging to ask how you are topped the list, with 64 percent of workers agreeing that this behaviour would cause them to warm to colleagues.

Replying to messages quickly (62 percent), giving full attention during a video call (61 percent), having daily catch ups (55 percent) and sharing weekend plans (54 percent) were all also included in the top five most endearing behaviours, with colleagues clearly being appreciated for trying to emulate ‘water cooler’ conversations while communicating virtually.

Overall, over half (51 percent) of workers surveyed said that their colleagues displayed annoying behaviours at least two to three times a week.

When working remotely, the most annoying remote working behaviour was reported to be slow responses to email (when the colleague is online and working), with 61 percent of workers finding this particular behaviour tiresome. Following this were behaviours including: background noise on video calls (60 percent), eating on camera (59 percent), too many video calls (56 percent), and muting and un-muting in the wrong places (53 percent).

As the lines between work and home have blurred since working remotely, 52 percent of workers reported finding direct messaging out of work hours particularly annoying, and 51 percent reported answering the phone or working on something else whilst on a video call specifically irritating.

As well as the behaviours which workers found annoying when done by their colleagues, the study also aimed to discover which behaviours workers were most guilty of when they work remotely themselves.

It seems that with the reduction of in-person meetings, it’s attention during a video call that workers struggle with, with 70 percent of workers admitting to drinking tea, coffee or other soft drink of choice on camera during a call. 67 percent admitted to both not putting on a camera and working on something else during a call, with 65 percent of workers stating that they often do not look directly into the camera during virtual meetings.

Despite slow responses to emails being the number one most annoying remote working behaviour according to colleagues, 63 percent of workers themselves admitted to doing this while being online and working.

When it came to the remote working behaviours workers tried to avoid doing the most themselves, eating on camera (25 percent), making background noise on video calls (23 percent) and not looking presentable on video calls (22 percent) ranked as the top three.

Annoying behaviours colleagues do while working in the office

While some organisations looking to continue remote working into 2022, many are returning back to working in the office – and with this, comes many familiar quirks and annoyances.

Eating loudly in the office was highlighted as the most annoying office working behaviour, with 69 percent of respondents finding this irritating. Sucking up to a boss in front of colleagues was the second most annoying behaviour (68 percent), and using loud speakers on a phone call ranked in as third most irritating (66 percent).

A spokesperson from Premier Inn comments: “Though a large number of organisations have returned to working in an office environment, many of us are now adopting a hybrid approach which still includes spending time working remotely, meaning work and communication with our colleagues is still happening virtually for a lot of people.

With decreased boundaries between home and work, and often many distractions to be found at home, we’ve discovered a whole host of small annoyances when it comes to working with our colleagues remotely, from slow replies to poor attention on calls. However, as our research shows, many of us have picked up some of these habits ourselves, and with large percentages of people looking to actively avoid these kinds of behaviours, it seems that many of us are keen to keep the harmony between our colleagues.

It’s great to see that the large majority of workforces still find their colleagues endearing, with behaviours such as checking on work friends and sharing weekend plans going a long way in making others feel comfortable and appreciated. Giving your full attention to your colleagues during working hours (and then giving them space when not working), appears to be the best way to work effectively and harmoniously while working from home.”

The office of the future will be a leader-free, social-space Millions of workers feel rushed back to the office before being ready