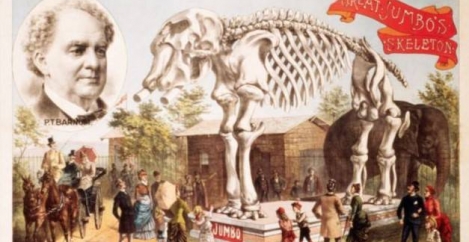 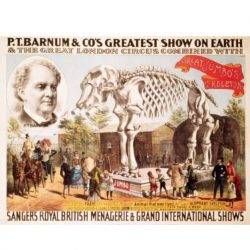 Does any of this describe you? “You have a need for other people to like and admire you, yet you tend to be critical of yourself. While you have weaknesses you are generally able to compensate for them. You have considerable yet hidden strengths that you have yet to turn to your advantage. Self-controlled on the outside, you are slightly insecure inside. At times you have serious doubts as to whether you always make the right decision. You prefer a certain amount of change and become dissatisfied when hemmed in by limitations. You pride yourself as an independent thinker and do not accept the statements of others without satisfactory proof. But you also think it can be unwise to be too frank in revealing too much about yourself.” Does this sound familiar? Well it should because that is how most people see themselves.

You are not alone in feeling this way. While we all harbour some fantasy of ourselves as completely unique, the kind of people who peddle this sort of trick – astrologers and psychics among them – have always known that most people have far more in common with everybody else than they’d like to believe. What makes you genuinely unique is your relationships with others.

In fact, the above passage is largely made up of ‘Barnum Statements’, which most people think are true of themselves but not so true of others. Coupled with people’s generally poor grasp of the laws of probability, this creates a fertile spawning ground for psychics, astrologers and spiritualists. The inspiration for this idea, the famous P T Barnum has himself been in the news very recently for the typical reason that some facts have emerged that throw new light on one of his piece of myth making with regard to the sad story of Jumbo the elephant.

You can pull a similar stunt when you’re writing about particular professions. If you regularly read the trade magazines for civil servants, lawyers, marketeers, accountants, architects, designers, engineers, consultants, call centre managers and people in IT, HR, FM, PM, QS, CS and BS*, you’ll daily come across an editorial making a fairly common sort of point about the way in which that profession sees itself. We can Barnumise it thus:

“What you do is of significant strategic importance, yet you do not receive the recognition you deserve. You tend to be under-represented at boardroom level where you could add significant value to the organisation. Unlike those bastard architects/surveyors/accountants/project managers etc, when it comes to major issues you are not consulted early enough so decisions are made on the basis of bad information or no information. As a result the organisation invariably screws up big style. And just guess who’s going to have to put it right? That’s right- muggins. You’re not paid enough for the great job you do, either. And another thing: people have got completely the wrong impression of you. You’re not geekish/ difficult/ socially inept/ arrogant/ closeted/ unattractive/ middle aged (delete as appropriate). You’re the good guys.”

The fact that everybody thinks this about the job they do makes life a little bit easier for two groups of people. Editors of trade magazines can repeat this sort of stuff all they like and probably win awards for it with the thanks of a grateful profession. Suppliers can also use it as a key part of their marketing message. For a start, it offers an easy PR opportunity for those vendors keen to show how much they empathise with their customers through a ‘we-feel-your-pain’ piece in an appropriate journal.

As an extension of this, there is a tendency for professions to demonise each other. For example – and it seems to be difficult for both sides to discuss this out in the open – there’s an undercurrent of bad feeling between facilities managers and architects. Facilities managers in particular seem to resent the fact they have to manage the results of the creativity of other people, feel they aren’t involved in the creative process soon enough and possibly resent the high profile enjoyed by architects.

I’ve always seen the difference between building design and facilities management as the difference between sex and parenthood. One is an act of creation which people think and talk about a lot. The other is an act of responsibility that never really ends and which people may talk about a lot and spend a n awful lot more time actually doing, but nobody else is really all that interested in. There’s a reason why the Stirling Prize is televised and leaves the BIFM Awards alone. What seems to make all this harder to bear for FMs is that they are often in loco parentis, so are often managing a building not always of their own making. This is not to say that facilities management is not a worthwhile and worthy discipline.

I tend to agree with this article in Aeon celebrating the people who maintain the world. The second caveat is that this is not to say that people who work in facilities management are not necessarily an important part of the creative and innovative process, just that their focus is typically somewhere else.

So my point is this. The ideas and feelings that unite us both as individuals and as professionals are far greater than the things that divide us. We may think we’re all one-offs, but any uniqueness we may possess is apparent mostly in our relationships with others. Worth remembering when the guy from IT is driving you insane.