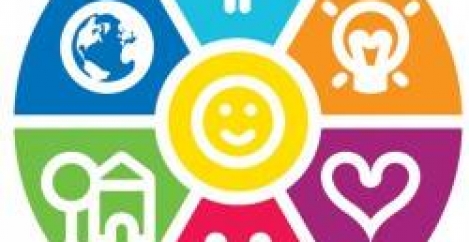 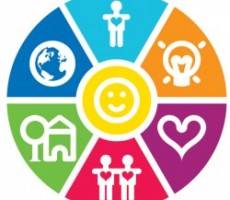 There has been significant expansion of flexible working arrangements (FWAs) in the last two decades, driven to some degree by the work-life balance agenda. However, in practice work-life balance and flexible working continue to be viewed as a ‘women’s issue’, as women more often reduce hours or work part-time. But recent research conducted by my own department suggests that women working flexibly are not experiencing the potential wellbeing benefits when compared to men. Flexible working arrangements include part-time, flexi-time, job share and homeworking. Part-time accounts for approximately 40 percent of female employment and is the most common FWA used by women. Term-time working is also used predominantly by women, reflecting the typical gender roles regarding caring for school-aged children. Meanwhile, flexi-time remains the most common arrangement used by men, at around 19 percent.

I analysed data from the British Household Panel Survey and the Understanding Society survey , to explore the impact of using flexible working arrangements on job, leisure and life satisfaction, and revealed a number of important findings.

Firstly, FWAs are used differently by men and women. Men more often use flexi-time, perhaps to give them increased flexibility and control over work while retaining full-time hours and associated benefits including pay. Reduced hours may be used with a greater degree of choice by younger men (combined with study) or by older men as part-retirement. In contrast, women more often reduce hours using part-time, or less frequently job-share, as a result of their greater household contribution.

Secondly, I found strong evidence regarding the impacts of FWAs – some have positive effects on satisfaction, but again there are important differences between genders.

Flexi-time has positive effects on men’s job and life satisfaction, but may actually result in specific negative impacts for women. This reflects the practical challenges for women, who often combine their commute with the ‘school-run’ and other household tasks, potentially limiting the use, and benefits, of this FWA, something which I have found strong evidence for in previous research.

Reduced hours have certain negative effects for women on job (part-time when used for extended periods) and leisure/life satisfaction (job-share). Some women are able to use reduced hours ‘optimally’ e.g. those using part-time following maternity leave. However, those using reduced hours for lengthier periods, often through constraint, may be ‘trapped’ in ‘restrictive’ flexible employment.

This corresponds with the notion of some part-time jobs being poor quality and supports suggestions from other research that efforts are needed to improve the quality of part-time options. Women working part-time, though, do encounter benefits with respect to leisure satisfaction, perhaps through easing the management of their household contribution.

Finally, clear evidence is found of the positive impacts of homeworking, on both job and leisure satisfaction for both men and women, evidencing the general benefits of increased control over both the timing and location of work, enabling better management of work alongside household responsibilities.

What these findings suggest is that FWAs have the potential to improve the lives of many workers, evident in the positive effects found on employee satisfaction levels, through enabling better management of work alongside other aspects of life.

However, current implementation of formal FWAs in UK organisations remains heavily gendered, and is not generating positive outcomes for at least some employees. There remain significant availability-use gaps for certain FWAs, and less than desirable outcomes for some women using reduced hours. These problems are more common among women due to the high level of use among mothers, for whom these FWAs may provide the only route to continued employment.

The findings suggest current policy and workplace practice needs to be revisited to: (1) dissolve the typical gender roles which remain attached to flexible working; (2) facilitate ‘choice’ in the use of FWAs, and; (3) improve the quality of reduced hours options.

The findings also have important broader implications for policymakers and society. Specifically, the findings reflect limitations in the Flexible Working Regulations, in particular policy surrounding how employers make decisions regarding whether to approve requests for flexible working, and the quality of some flexible working arrangements.

In addition, gender-typical roles which impact care arrangements continue to act as a source of constraint among many working women, perpetuating structures which do not treat men and women equally within organisations and the home.