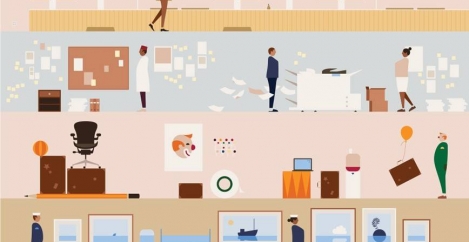 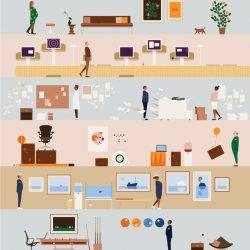 A new survey claims that the ability to accommodate agile working into their life is important, with those who prefer to work agile claiming they would sacrifice an average of 16 percent of their annual salary for the opportunity.In addition to this, 86 percent stated they would even change jobs to accommodate their preference. The report into recruiting for an agile workforce suggests that despite being a relatively new concept, over half surveyed were familiar with it and over 22 percent of those had worked in an agile environment for over two years. However, recruiters claim less than half of the roles they’re working on offer agile, finding it’s most prevalent in the IT sector. The study reveals both recruiters and candidates believe the key attributes for success in agile are being flexible, organised and hardworking. Interestingly, the majority of recruiters believe these are required in advance and cannot be developed on the job. Meanwhile, social qualities (like being introverted or outgoing) or being easy going are less important.

According to the report –agile working differs to flexible and remote working. Flexible working assumes that employees will work from home, or occasionally start or finish work at times that best suit them – but that the majority of staff will be in the office during working hours. Remote working covers employees who are never based in the office.

While several different definitions of agile working exist, most feature similar components. Agile working is focused on how to best approach the task at hand. This can mean individuals working wherever they think they’ll get the job done most effectively: the office, at home, hot desking with clients or somewhere else that helps maximise creativity or concentration.

In the survey of over 2,500 candidates and 400 recruiters, Recruiting for the Agile Workforce found that the top five benefits include:

Research also showed potential drawbacks to agile implementation to be:

Jobsite CEO Nick Gold said- “The drive to meet the changing needs of more digitally-aware generations entering the workforce– as well as the constant requirement for businesses to push for increased productivity, reduced costs and faster innovation – has pressured many to evaluate their working practices. The digital transformation of the office is no longer an option to be ignored, for businesses who want to compete.”

To find about more about recruiting for the agile workforce, please see full report here.

BPF submits real estate sector deal proposal to government Just five coworkers are the source of all workplace irritations for most people at work, claims study