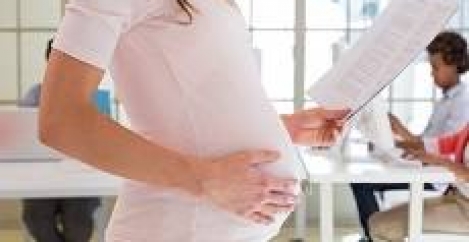 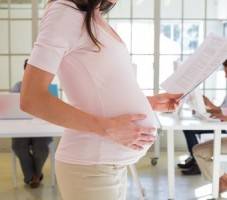 As we’ve discussed before, when female workers have children their career prospects and salaries begin to slip. Having kids young and ramping up your career in your late 30s isn’t an option either as many working mothers find it difficult to secure flexible and well paid work with good career prospects while still in the early years of their career. This is one of the reasons why the average age of mothers in this country is now 34 and rather more controversially, why companies such as Apple and Facebook are offering women the chance to have their eggs frozen. More disturbingly though, research by the Equality and Human Rights Commission has found young mothers are significantly more likely to experience pregnancy and maternity discrimination, with six times as many under 25 year olds than average reporting being dismissed from their jobs after they tell their employer they are pregnant.

The Commission’s landmark research, recently published in partnership with the Department for Business, Innovation and Skills, reveals that young mothers are more likely than other mothers of all ages to have negative experiences.

“Young working mothers are feeling the brunt of pregnancy and maternity discrimination with more than any other age group being forced out of their jobs, facing harassment and experiencing issues with their health as a result. Often these women aren’t established in their careers, with junior or unstable roles, low paid and reliant on their wage to support themselves and their babies.

The Equality and Human Rights Commission is launching #PowertotheBump, a digital campaign to help young expectant and new mothers know their rights at work and have the confidence to stand up for them.

The Commission developed the project drawing on the expertise of partners including The Young Women’s Trust, Fawcett Society, Maternity Action, The Royal College of Midwives and the TUC. It is based on the insight and feedback that shows young women had lower awareness of their rights, were typically in less stable employment situations and were worried or lacked confidence to talk to their manager about things that were troubling them – and so felt under pressure to hand in their notice or leave their job than raise issues.

Using social media communities, #PowertotheBump will bring together young mothers to share their experiences and knowledge so they are able to assert their rights and challenge any poor treatment which might be discriminatory, and have an impact on themselves and their baby.

The #PowertotheBump top tips for young mothers are:

Said Waters: “We want young women to use #PowertotheBump to speak up against this unfairness. They need the knowledge and confidence to raise issues with their employers so they can focus on their health and wellbeing, rather than the negative impacts of this discrimination.

“We cannot continue to allow these young women to be unfairly held back in the starting blocks of their working lives when they could have the potential to achieve greatness.”

The campaign features a new video starring the mum vloggers Katie Ellison, Jess Avery, Charlotte Louise Taylor and Emily Norris. They share the campaign’s top tips and their own experiences to encourage young mothers to take the right steps to protect themselves at work during pregnancy and to encourage open discussion and planning with their managers.

The campaign will include a programme of widespread digital activity including blogs from young mothers, twitter chats with parenting groups and an online quiz for mums to promote the help and advice available for young mothers on the #PowertotheBump web pages.