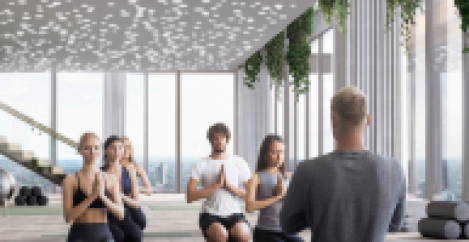 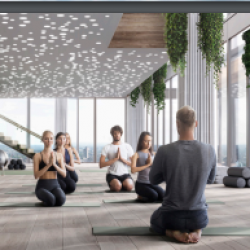 Businesses whose personnel are resistant to resuming full-time office working should address the issue of workplace air quality. A survey of UK office workers claims that 80 percent would feel more positive about a return to a five-day office week if action was taken to measure and improve the quality of air in their workplace.

The survey, The Air That We Breathe, canvassed the views of 200 people aged between 25 and 55 who work in offices across a variety of UK business sectors. It was conducted by communications consultancy, JPES Partners whose Head of Property, Duncan Lamb, comments: “The survey responses made it clear just how much the pandemic has focused people’s thinking on the issue with 86 percent of respondents saying that the issue of air quality in the workplace is now more important to them.

“Accordingly, it’s now a factor which is influencing people’s willingness to return to the office environment and needs to be addressed by all businesses – and not just those which are office-based.”

Currently, there is little evidence that employers are actively engaging with issue: less than a third of those surveyed reported that their employer had taken measures to improve the air quality of their workplace during the past year.

The research’s author, Stephen Collins, reports: “Examples of basic measures which had been taken included employers who have simply put more space between workstations with some even moving to larger buildings to make this strategy possible.

“Of the more positive comments, one respondent noted that their employer had added filters to the air conditioning units while another reported that air quality levels were now tested daily.”

“It’s a substantial challenge for the owners of existing buildings that will need to be adapted if they are to meet higher expectations around air quality.”

The presence of air quality monitors would go some way to reassuring workers: 88 percent of those surveyed said that air quality measurement at workplaces should become mandatory.

The effects of poor air quality has been scientifically proven to be linked to life-reducing illnesses and lowered cognitive function. Air quality is measured with an Air Quality Index which shows changes in the amount of pollution in the air and particularly the presence of airborne particulate matter which is measured on the PM scale.

It is also becoming an issue for property landlords and developers. Whereas occupier attitudes to their environment previously focused predominantly on temperature and light levels, the quality of air in a workplace or, indeed, any publicly shared enclosed space is fast becoming a matter for scrutiny.

Duncan Lamb comments: “It’s a substantial challenge for the owners of existing buildings that will need to be adapted if they are to meet higher expectations around air quality. For new developments, the issue is perhaps more straightforward but for all types of asset there is likely to be an additional layer of cost as more intensive and sophisticated systems have to be put in place.

“However, on the upside, it’s clear that engaging with the issue can contribute positively to the marketability of a workplace and also its long-term asset value.”