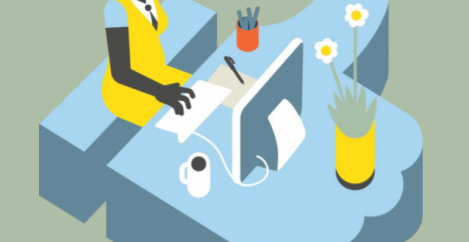 Proofs of the link between workplace design and productivity? Here are three 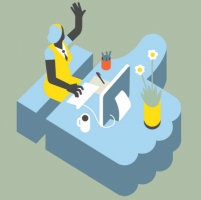 Three new studies have joined the already extensive body of work linking workplace design and productivity. The most extensive is the research carried out by communications consultancy Lansons which looks at every aspect of the British workplace to uncover the experiences and most commonly held perceptions of around 4,500 workers nationwide. The study is broken down into a number of sections which examine topics such as workplace design, wellbeing, job satisfaction, personal development and leadership. The second is a study from the Property Directors Forum which explores the experiences of occupiers and finds a shift in focus away from cost reduction and towards investing to foster employee productivity. The final showcases the results of a post occupancy survey conducted by National Grid following the refurbishment of the firm’s Warwick headquarters by AECOM.

The Lansons Britain at Work study found that the British  are a hardworking bunch that are ready to engage with their employers, open to buying into their thinking and enjoy generally good relationships with colleagues and managers. They’re not even particularly worried about the ongoing suppression of pay rises.

The flipside of all of this is that people often find it hard to switch off, work too hard and so end up overworked, exhausted and stressed. They are also concerned about long term job security and their ability to develop and progress in their current roles and frustrated at a lack of recognition for the work they put in.

The report highlights the well known problems with productivity which it claims have been flat-lining since 2012 and cites international comparisons which suggest that UK workers produced on average between a quarter and a third less per hour than workers in France and Germany in 2013.

There are mixed views on the workplace environment. The study found that 60 percent of workers think their facilities are in generally good condition, but a significant proportion (29 percent) do not like the design of their workplace. Although 60 percent are happy with the amount of natural light they have in their workplace and 51 percent are happy with the general temperature, 22 percent think they have insufficient desk space.

The report from the Property Directors Forum concedes that there has been an historical focus on keeping down costs in the way workplaces are designed and managed but this is being supplanted by a growing focus on individual productivity and wellbeing.  The study of the trade body’s members, conducted in June with responses from 153 people, claims that 40 percent of property directors now believe that their primary focus is the creation of an environment that fosters productivity and a further 28 percent see it as the attraction and retention of talent. Consequently, 61 percent claim that they  measure the success of the workplace with metrics for productivity, employee engagement, satisfaction and retention.

Half of the property directors surveyed (50 percent) reported an increase in the use of external spaces such as coffee shops, booked meeting rooms and serviced offices to supplement the main place of work. Many think this is now a core element of workplace strategy with  86 percent agreeing that the use of non-owned space should be planned as part of a workplace strategy.  According to the study, this means taking account of the quality of both main office (82 percent) and non-owned (68 percent) space as a way of attracting and retaining the best staff.  Over two-thirds (69 percent)  claim  that the basis of a successful (and hence productive) working environment is a mix of spaces that offer people a choice of places to work depending on their individual preferences and job function.

One organisation that has reported the results of how this kind of thinking can be applied in the real world is utilities business National Grid. According to a post occupancy study carried out by AECOM and National Grid following the refurbishment of the firm’s Warwick HQ, there is a clear and measurable link between workplace design and productivity. The study suggests that transforming the workplace not only has a direct impact on staff performance and satisfaction, but that it also can translate into bottom-line benefits. 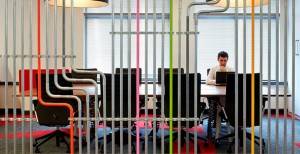 The objectives of the redesign included a number of financial, brand and wellbeing factors. The figures from the post occupancy study suggest a total financial impact of up to £30 million per annum, comprising an £8-10 million reduction in annual operating costs and potentially £20 million gained through employees’ improved performance levels. Staff performance increased by 8 percent, measured through three cognitive performance tests analysing attributes that are vital to National Grid, such as creativity and lateral thinking. National Grid believes that the impact of 3,000 people in their Warwick-based headquarters working 8 percent more effectively equates to £20 million of increased productivity. 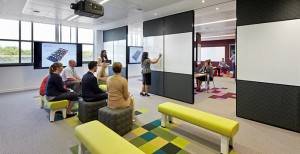 The study also suggests that employees have also gained back 5 percent in productive time due to improved access to meeting spaces. There has been an additional 5 percent increase in employees’ collaborative activity and cross-team working, equating to two hours more collaborative activity per week per person. Staff comfort and satisfaction levels with the redesigned office environment are 8 percent higher than before.

Other benefits include a 250 percent increase in support space, office capacity boosted by 27 percent and desk utilisation improved by 15 percent. Energy usage has decreased by 16 percent, netting National Grid’s headquarters a gold SKA rating – an environmental assessment measurement for office fit outs – as a result of the redesign. 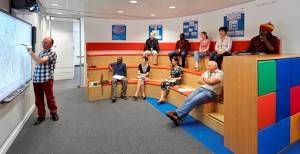 According to AECOM, most of the work in this field to date has relied on perceptions of productivity rather than objectively measuring it. Conversely, the research conducted by AECOM and National Grid objectively determined the impact of National Grid’s Smart WorkSpace programme on business performance. Measurement techniques included a work performance survey of over 300 staff, focus groups, interviews, observational studies and cognitive performance tests capturing data on creativity, reasoning and cognitive flexibility.