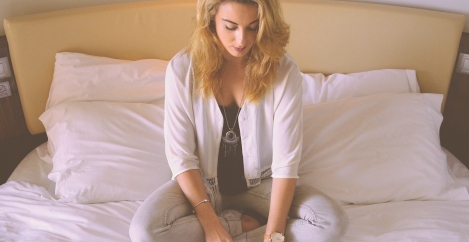 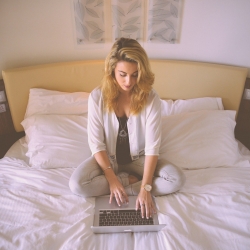 With working from home set to continue for millions of UK workers, research by the Royal Society for Public Health (RSPH) claims that there are key health and wellbeing disparities between different groups of people who made the move to home working as a result of Covid-19.

Over one in four (26 percent) are working from home from either a sofa or a bedroom and nearly half (48 percent) of those said they had developed musculoskeletal problems and nearly two thirds (59 percent) said they felt more isolated from their colleagues.

Women were more likely than men to feel isolated (58 percent of women V 39 percent of men) and develop musculoskeletal problems (44 percent of women V 29 percent of men) as a result of working from home. Also, home working is having an impact on people’s mental health, with 67 percent saying they felt less connected to their colleagues and 56 percent saying they found it harder to switch off. However only a third of respondents had been offered support with their mental health (34 percent) from their employer.

People who live with multiple housemates were more likely to think that working from home was worse for their health and wellbeing (41 percent), compared to people who live on their own (29 percent) or with just their partner (24 percent)

The findings of the survey also claims that the vast majority of people didn’t want to go back to working in an office full time, with nearly three quarters of people (74 percent) saying that they wanted to split their time between home working and working in an office. However, the health and wellbeing issues which are affecting home workers and the fact that some groups of people are impacted more severely than others needs to be addressed by employers.

• Organisations to develop a culture that encourages employees to separate their work and home life when working from home, including encouraging employees to block their work communications outside of work hours

Christina Marriott, Chief Executive of RSPH said: “Our findings reveal that although working from home can be beneficial for people’s health and wellbeing, there are stark differences in how different groups have been affected. For people who have multiple housemates or are working from their bedroom or a sofa, the impact on their mental and physical health is extremely concerning and something we believe that employers need to address.

“The best employers will set up their workforces not only to cope, but to thrive as we move out of the pandemic.”

“The changes in the way that millions of people are working has the potential for employers to rethink how they are supporting their employee’s mental and physical health. Some form of home working is likely to continue for millions of people and we urge employers to take the necessary steps to ensure their staff can work from home as safely and healthily as possible.”

Simon Blake, CEO Mental Health First Aid (MHFA) England said: “Flexible and home-working practices can have huge benefits for employee wellbeing when managed effectively, but they should not remain a privilege for those whose homes are already conducive to work. With most of us wanting to continue to work from home in some capacity, it’s the responsibility of employers to ensure any potential disparities are acknowledged and accounted for.

“We join RSPH in calling on employers to commit to protecting their people by encouraging positive and healthy remote working routines, and providing clear remote access to appropriate mental health support services and resources. Everyone should have the right to good mental health and wellbeing, and the best employers will set up their workforces not only to cope, but to thrive as we move out of the pandemic.”