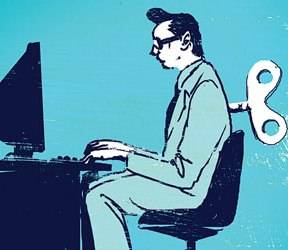 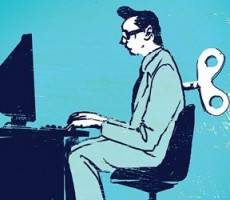 A new large scale study from Norwegian researchers finds that workaholism is closely associated with a range of mental diseases and psychiatric disorders. Although the link has been the subject of speculation and study, the authors claim that the new research is one of the few large scale, academic studies into the subject and so comes up with unequivocal results. The study of  16,426 Norwegian subjects in The Relationships between Workaholism and Symptoms of Psychiatric Disorders found that workaholism is significantly related to psychiatric conditions such as adult ADHD, OCD, clinical anxiety and depression. The web-based survey assessed the mental health and workaholic characteristics of subjects and used statistical analysis to establish a correlation. It concludes that while disorders can be put in part down to demographic and other factors, the ‘correlations between workaholism and all psychiatric disorder symptoms were positive and significant’.

“The present study suggests that having symptoms of an underlying psychiatric disorder is associated with workaholism”, the study concludes. “A synthesis of individual (1.2 percent), work-related (5.4 percent), and mental health (17.0 percent) variables, explained 23.7 percent of the variance in workaholism, which is considered a large effect. ADHD, anxiety, lower age, and managerial positions stood out as most consistent and conceptually meaningful in the linear regression. Although gender, relationship status, education, work sector, income, obsessive-compulsive symptoms, and depression also contributed significantly, their effects were weaker and more inconsistent.

“According to recommended cut-offs, 7.8 percent of the present sample was classified as workaholics. Following this, it became evident that individuals that were younger, female, not in a relationship, managers, self-employed, and met clinical cut-offs for ADHD, OCD, anxiety, and depression, were more often categorized as workaholics than their comparison groups. Workers with some of these characteristics could thus be targets for interventions with the aim of preventing the development and maintenance of workaholism.”