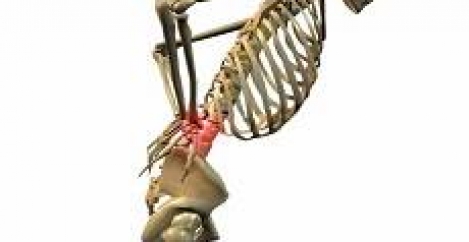 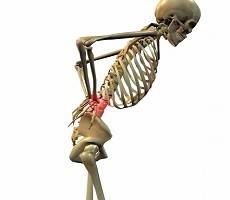 Over a quarter of Britons (27 per cent) suffering from debilitating lower back pain do not have a formal diagnosis for their symptoms, and 64 per cent are not receiving any kind of support from employers to help them with their problem, finds a new survey by Nuffield Health. Back pain is the UK’s leading cause of long term sickness, responsible for more than 15 million sick days in 2013. One in seven (14 per cent) questioned with lower back pain said they are on long term sickness benefit or cannot work due to their symptoms, while the same number (14 per cent) have taken at least a month off in the past 12 months.  Over a quarter (27 per cent) of people say that the lack of diagnosis or knowledge is causing depression, while one in six (17 per cent) are anxious they are suffering from a more serious health condition.

Nuffield Health questioned 3,322 people across the UK; and 1,203 (36 per cent) said they suffer lower back pain which impacts on their daily life. The combination of a lack of access to treatment and diagnostics, poor guidance for doctors, as well as sedentary lifestyles, are causing a large population in the UK to live with painful symptoms which could be avoided with early treatment and good advice.

The survey found that 36 per cent of back pain sufferers do not take regular short breaks at work and nearly two thirds (64 per cent) of the people surveyed said that their workplace doesn’t provide any kind of support or advice to help them with their problem.

The research also shows that patients are twice as likely to be guided towards painkillers (60 per cent) than to exercise (25 per cent), despite exercise being considered a vital part of recovery and treatment for many patients with lower back pain.   Conversely, more than a third (38 per cent) of back pain sufferers said they are fearful of doing any kind of physical activity or exercise.  Nuffield Health doctors say that for the vast majority of patients, early pain management combined with exercise or physiotherapy could be vital in preventing long-term problems.

The lifestyle choices of Britons also appear to be exacerbating lower back pain prevalence. Although over a third of Britons suffer pain, just over half (53 per cent) regard exercise as an important part of keeping fit and healthy, while 57 per cent say they lead a completely sedentary life – mostly sitting, reading, playing video games, watching TV or using a computer for most of the day, with little or no vigorous exercise, including walking.   The figures show that people who lead sedentary lifestyles are more than twice as likely to suffer back pain (22 per cent compared with 47 per cent); once they have pain, nearly three quarters resign themselves to a sedentary lifestyle.

Nuffield Health Doctors are also urging patients to help themselves, given the findings of the research.

“Back pain is often a combination of factors, which in the first instance requires detailed assessment from an appropriate level of practitioner that can take into account all aspects of the condition and offer advice accordingly. Early intervention is the key and physiotherapists are well placed to signpost patients appropriately with the correct information, whether that be strategies and advice for self-management, exercise and lifestyle planning or onward referral for further investigation.”