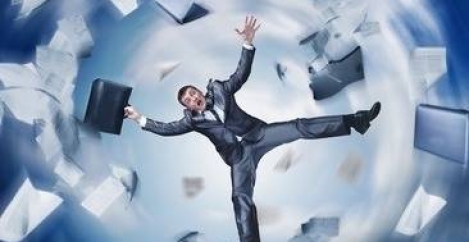 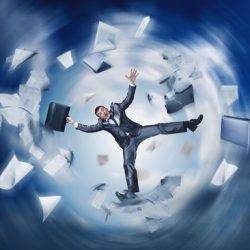 More than half of the workforce (53 percent) report that they have felt physically unwell due to a poor work-life balance, and a similar number (52 percent) go so far as to say that work makes them more unwell than anything in their personal lives, claims new research from Bupa UK. In addition to physical sickness, work stress is keeping half (51 percent) of employees awake at night. Two fifths (42 percent) even state it is ‘ruining their life’.The research revealed that people find workplace demands such as presenting at an important meeting (71 percent) or managing a project (65 percent) just as stressful as buying a first house (69 percent) or getting married (66 percent). The research indicated that there is a pressing business need for organisations to better understand and address the wellbeing needs of their employees, as it is impacting profitability.

Two thirds (64 percent) of people believe they would be significantly more productive at work if they were less stressed. In addition, just over three quarters of workers (76 percent) have seen colleagues leave due to a lack of support from employers.

The majority (87 percent) of employees expect their employers to do all they can to support their health and wellbeing. Nearly three quarters (73 percent) believe that their employers should be doing more to support staff who are struggling with physical or mental health.

Patrick Watt, Corporate Director at Bupa UK said: “The Prime Minister Theresa May’s ambition to improve the UK’s mental wellbeing is welcome and necessary. Productivity still suffers because mental health is seen by many as secondary to physical fitness.

“I’m happy to say that thousands of businesses of all sizes are addressing this issue with their own people. But in doing so, they are recognising that the key challenge is no longer lack of awareness, but tackling stigma.

“As ever, prevention is as, if not more, important in tackling awareness and stigma associated with mental wellbeing conditions. From my experience, I know that workers are now more in touch with issues surrounding mental health and have increasing expectations that their employer will provide an environment which supports their wellbeing.

“So, creating an environment where people feel confident talking about and accessing mental wellbeing services is as important from a productivity perspective as it is in attracting and retaining new talent.”