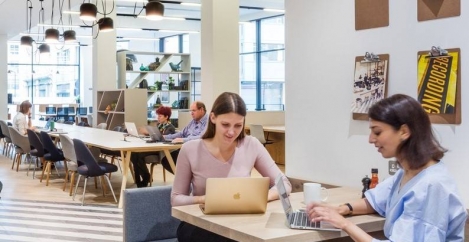 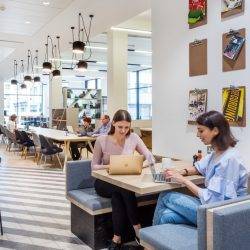 The open plan debate grinds on, and the latest grist to its mill is a study from researchers led by Esther Sternberg of the University of Arizona which suggests that it is those people who work in open plan spaces that are fitter and happier than their associate employee contemporaries in cubicles and private offices. The study, published in the journal Occupational & Environmental Medicine, used wearable sensors to study 231 US workers in four government office buildings. It’s worth noting that this is five times as many workers and twice as many offices as the much publicised recent study that we were told by various media outlets and commentators was the ‘final word’ on the subject.

We have long championed the idea that this is a complex issue and no ‘final word’ is possible one way or another, most recently in this comment piece.

The sensors used in this latest study measured levels of physiological stress and physical activity. Subjects were also asked to gauge their subjective perception of their stress levels. The results were correlated with the types of office layouts and workstations people used.

The key finding was that those workers in fully open plan offices, so not working in North American bullpens, were a fifth (20 percent) more active than those who worked in cubicles and a third (32 percent) more than those who worked in cellular, private offices. On average, the fully open plan workers were 14 percent less stressed than their colleagues. The study also found that heavier and older workers were measurably more stressed than others.

The researchers conclude that the exact mechanisms at play are difficult to determine but suggest that the layout of fully open plan offices encourages people to be more physically active, especially if there are separate spaces for meetings, video-conferencing and breakout.

“In terms of impact on health, this increase in physical activity is important,” concludes Esther Sternberg, director of the University of Arizona Institute on Place and Wellbeing. “It is well within the range that would have an impact health…. If we can figure out how to design offices to allow people to be more active, that will result in better health and lower stress, so educating people about that is really important.”

And no, that isn’t the final word either.