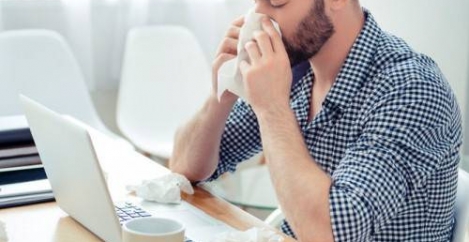 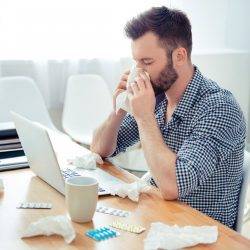 Two-thirds (64 percent) of employees have gone to work despite being unwell over the last 12 months, claims a new survey which found that a quarter (26 percent) of people worried that their absence will be a burden on their team. The research by Bupa shows that more than one in four (27 percent) employees ignore their doctor’s orders to stay at home and ‘soldier on’. A third of employees would go to work despite back pain or issues related to their joints and, disturbingly, a similar number (29 percent) head to work when suffering from mental health issues such as depression. As two of the most common reasons to be signed off work, Bupa’s experts fear these employees risk worsening their health, increasing the likelihood that they’ll need a prolonged period of time off work further down the line. The findings come at a time when increasing productivity is a strategic goal for most business leaders in 2018. But high levels of ‘presenteeism’ are in fact associated with loss of productivity and reduced performance – as employees who push themselves into work when unwell, risk delaying their own recovery

Stuart Haydock, Resilience Lead at Bupa Health Services commented: “Over the years we have seen businesses working to create a culture where people feel comfortable discussing their health in the workplace. However it is clear that an element of the stiff upper lip mentality persists and that more needs to be done to encourage employees to safeguard their health and wellbeing, ensuring that they bring their best selves to work.”

Although businesses across the UK are starting to recognise that a healthy workforce is more productive, workload pressure is one of the reasons many people head to work regardless of the state of their health. Many felt their to-do list was too long for them to be able to take time off. A quarter (26 percent) of people head into work when they are seriously ill because they worry that their absence will be a burden on their team, unaware that this is counterintuitive.

However, others come into work despite being ill because of a lack of trust and they worry that their colleagues would think they were not genuinely unwell and others worry that being off may impact their job security.