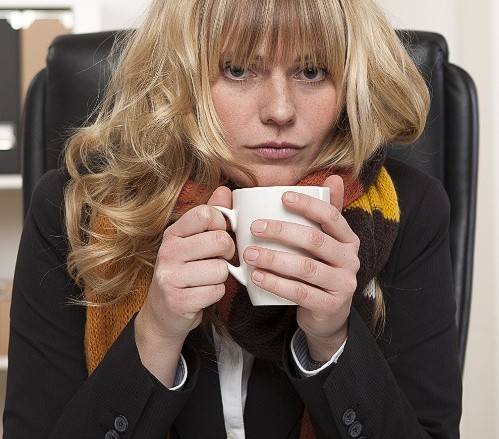 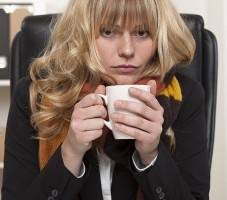 The main story of the silly season so far has been that one about the inherent sexism of air conditioning systems from a week or two back. Based on a study published in the esoteric journal Nature Climate Change, it appeared that standards for heating and ventilation in building systems were founded on the metabolic rate of an average man which suggested women were toiling away in unconducive, if not exactly unbearable, conditions. This was a compelling tale picked up worldwide by major media outlets including The New Yorker and The Daily Telegraph. There were only two problems with it all. Firstly, the original study was extremely flimsy, based on a tiny sample and ignorant of some basic facts. Secondly the science behind it has now been roundly rejected by ASHRAE, the main US body responsible for informing debate on such matters.

The intervention from ASHRAE (reproduced in full below) is welcome to clarify matters, although whether it will kill the story is doubtful now that it has been tossed with such abandon into the great river of false public narratives. Then again, when you look at the methodology of the original research, the whole story should never have been afforded such widespread attention in the first place. Indeed, this was the reason we ignored the original story.

The main issue was that the results were based on a study of just 16 ‘young’ women in completely sedentary jobs. The ‘average man’ referred to in the study was a 40 year old man weighing 11 stone (154 pounds) based on anthropometric data from the 1960s. The problems with all this are obvious, and they’re not just to do with the risibly low sample size as these things often are.

The study also ignores even more basic details such as the clothing that people wear, the effects of ambient and outside temperature, the fact that not everybody has completely sedentary jobs, the impact of personal preferences and – crucially – the fact that not every office has the same temperature. We have known for years that the issue of heating and ventilation has been one of the major touchstones for conflict in offices. The palpably nonsense idea that we have sexist air conditioning systems in the workplace not only ignores any real issues of sexism women face at work, but distracts from the challenge managers face in creating the most productive working environment they can for as many people as possible.

The battle for control of thermostats and windows is one that can rarely be resolved, at least based on all the anecdotal evidence I have heard. All that can be hoped for is to make as many people as comfortable  for  as much of the time as possible. For everybody else, the solutions are what they have always been – put up with it for the greater good and, if you can’t work somewhere you find more comfortable, wear different clothing.

“The interpretation of the authors regarding the basis for Standard 55 is not correct,” Bjarne Olesen, Ph.D., a member of the ASHRAE Board of Directors, internationally renowned thermal comfort research and former chair of the Standard 55 committee, said. “The part of the standard they are referring to is the use of the PMV/PPD index. This method is taken from an ISO/EN standard 7730, which has existed since 1982. The basic research for establishing comfort criteria for the indoor environment was made with more than 1,000 subjects with equal amount of women and men.

“In the main studies, where they did the same sedentary work and wore the same type of clothing, there were no differences between the preferred temperature for men and women. So the researchers’ finding of a lower metabolic rate for females will not influence the recommended temperatures in the existing standards. Also their study is not conclusive. They only studied 16 females at a sedentary activity. They should also have studied 16 men at the same activity to be able to compare. The reason why we, in some field studies, find that women prefer higher room temperature than men is attributed to the level of clothing. Women adapt better their clothing to summer conditions while men are still wearing suit and tie. So if the thermostat is set to satisfy the men, the women will complain about being too cold. In the standard, this adaption of clothing to summer is taken into account so if the standard is followed the women would be satisfied; but maybe not the men.”

“ASHRAE President David Underwood notes that the standard has been continually refined and updated since it was first published in 1966, reflecting changes in the industry and new research as it becomes available.  Standard 55 is based on an earlier document developed in 1938 by two predecessor societies of ASHRAE, titled Code for Minimum Requirements for Comfort Air Conditioning.

“The standard continues to focus on defining the range of indoor thermal environmental conditions acceptable to a majority of occupants, while also accommodating an ever increasing variety of design solutions intended to provide comfort and to respect today’s imperative for sustainable buildings,” Underwood said.

“Olesen notes the researchers should have consulted other studies and technical guidance.

“They should also have looked at the ASHRAE Handbook, Fundamentals, which explains the background for the standard and addresses differences between men and women, young and elderly, etc. with literature references,” he said.

“In their paper, researchers Boris Kingma and Wouter van Marken Lichtenbelt state, “Energy consumption of residential buildings and offices adds up to about 30 percent of total carbon dioxide emissions; and occupant behavior contributes to 80 percent of the variation in energy consumption. Indoor climate regulations are based on an empirical thermal comfort model that was developed in the 1960s. Standard values for one of its primary variables—metabolic rate—are based on an average male, and may overestimate female metabolic rate by up to 35 percent. This may cause buildings to be intrinsically non energy-efficient in providing comfort to females. Therefore, we make a case to use actual metabolic rates. Moreover, with a biophysical analysis we illustrate the effect of miscalculating metabolic rate on female thermal demand. The approach is fundamentally different from current empirical thermal comfort models and builds up predictions from the physical and physiological constraints, rather than statistical association to thermal comfort. It provides a substantiation of the thermal comfort standard on the population level and adds flexibility to predict thermal demand of subpopulations and individuals. Ultimately, an accurate representation of thermal demand of all occupants leads to actual energy consumption predictions and real energy savings of buildings that are designed and operated by the buildings services community.”

“ASHRAE, founded in 1894, is a global society advancing human well-being through sustainable technology for the built environment. The Society and its more than 54,000 members worldwide focus on building systems, energy efficiency, indoor air quality, refrigeration and sustainability.”

Car sharing and longer commutes are the keys to workforce mobility Home-workers are happier, healthier and more productive than ever