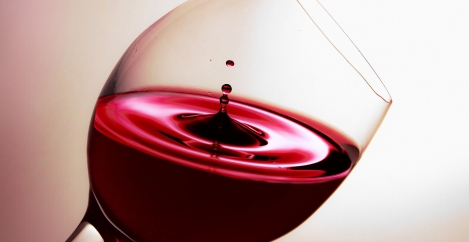 The majority of employees admit to boozing while working from home 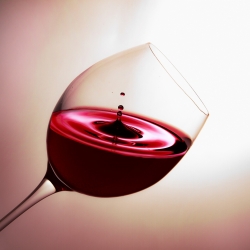 To say that 2020 has been a tough year is an understatement, and it appears that there has been an increase in the amount of alcohol being consumed whilst working from home since the pandemic began, according to Health and Safety software company Protecting.co.uk.

But the worry for many employers is that staff are drinking on the job while working from home, and one health and safety company has found that 90 percent of workers will admit to drinking alcohol while on the clock. This brings all sorts of problems such as worker health, the quality of work, as well as deeper ethical issues.

“The freedoms of working from home have allowed workers to behave in ways they wouldn’t dream of in the office,” says company spokesman Mark Hall. “Just because you are in your own home alcohol and substance abuse policies still apply.”

Drinking has always been a part of UK culture, with 29 percent of people saying they would go to the pub for after work drinks. However, with huge numbers of the UK workforce having been on furlough or working from home this year, the opportunity to unwind in the pub with colleagues at the end of a long week has all but disappeared.

But this doesn’t mean people have stopped drinking, in fact it’s quite the opposite – 26 percent of people in UK saying they increased their alcohol consumption between March and June when pubs were closed during the first lockdown.

Now, a phone poll carried out by Protecting.co.uk finds that nine out of ten people have admitted to drinking while working in the comforts of their own homes this year.

“It’s going to be a hard habit to break once this is all over.”

“It ranges from just a glass or two with lunch, to getting through a whole bottle of wine a day,” says Hall, “but the health implications are clear.”

Not physically being in the office has changed the way people view work this year, and it feels like all the rules have gone out the window and Protecting fears the lack of structure that comes with home working has left many blurring the boundaries between home and work life.

Protecting.co.uk asked 1300 people who are all working at home due to Covid 19 the following questions:

And drinking on the job isn’t the only naughty habit people have admitted. There was a 20 percent increase in adults seeking help from addiction services about substance abuse in April 2020, and a whopping 58 percent admitted to getting down and dirty during working hours.

Hall: “It’s alarming to employers to hear that staff feel like they can get away with all kinds of behaviour while they are out of office. It’s going to be a hard habit to break once this is all over.”

What can employers do to stop drinking on the job?

Most workplaces will have a robust alcohol and substance abuse policy to keep staff in check when they are at work, but with so many people admitting to drinking while working from home, it’s clear that the rules are not being followed.

Unfortunately for employers, even if there are policies in place against alcohol use, it’s difficult to police what your staff are up to at home during work hours. But all is not lost, as Mark Hall from Protecting.co.uk has some advice to help ensure workers put the bottle down while working from home.

• Talk to your employees – Keep communication open and regularly check in with your staff to see how they are getting on.

• Remind them of employment policies – Be clear to remind them about terms in their contracts about adhering to policies and follow this up with a clarification on what the policies actually mean.

• Set regular working hours – Be clear about what hours you expect home working to be done, so staff are able to define when they are on your time, and when they are off the clock and can have a drink.

• Offer support – It has been a tough year, and more vulnerable workers may be feeling the temptation to drink more than others, so be sure to let them know if they reach out that help is available.

• Substance testing – The more extreme option is to send your employees home testing kits and ask them to test themselves before work to make sure they are able to work.

Hall: “The best approach is to talk to your employers and help them to understand why it is important to you and your business for these rules to be followed, but to also support those who may be struggling.

“We all have our guilty pleasures and vices, but this should not impact our ability to work professionally, and if you find yourself unable to cope there are plenty of resources available.”

The FM industry is held back by short-term thinking, research claims Preparing for a mental health epidemic is a shared responsibility