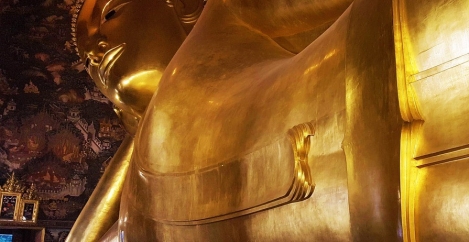 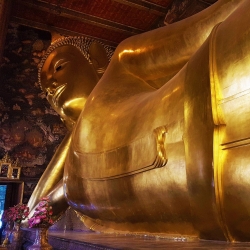 When people first started working from home in large numbers for the first time in the Spring of 2020, one of the most talked about issues was how the productivity of most stayed the same or improved. This shouldn’t have been that surprising given all that we have learned about remote and flexible working over the years, but it certainly drove the debate for a while.

The idea persists but the conversation has shifted. In part this is because the circumstances of the past year and a half have been so unusual. But it is also because we have learned that people may actually be less productive when working from home. They are certainly doing the same amount of work or more, but they are taking longer to do it. This, in turn is having a profound impact on their wellbeing, especially when coupled with the effects of isolation.

The first indications of this shift in the way we talk about remote and flexible working came in the Spring of this year with the publication of a large-scale academic study of 10,000 IT workers which found that they had worked 30 percent longer hours while working from home, a fifth of it outside their normal times of work, without actually doing any more work. In essence, their productivity had fallen by 20 percent despite the increased hours.

This notion is now entering mainstream business thinking. A recent report in The Economist cites the study and concludes that the real challenge of working life lies in the way meetings are structured, not how people work as individuals.

Another report from digital coaching firm Ezra whose clients include Sony, Spotify and Astra Zeneca found that UK employees worked longer hours than ever during lockdown, but the lack of structured time had a detrimental effect on their work-life balance and wellbeing and consequently the quality of their work.

Its study also found people in the UK were working around a fifth longer each day to clock something like 11 hours. In the US people were working nearly 40 percent longer hours every day.

The UK and US are notorious for working cultures that combine long hours with middling productivity so this may be rooted in an already poor working culture, but it does highlight the complexity of this issue.

This confirms evidence from before the pandemic that suggests long hours have an inverse relationship with productivity. The UK has long had one of the most extended working weeks in the developed world and yet also has persistently low levels of productivity. According to a 2014 study from Stanford University, employee output falls sharply after a 50-hour work-week and falls off a cliff after 55 hours. Anybody who puts in 70 hours produces literally nothing more with those extra 15 hours.

It’s also not apparent that excessive hours do not necessarily do anything for career prospects. In a study of consultants by Professor Erin Reid of Boston University’s Questrom School of Business, managers can’t really tell the difference between the work of employees who put in 80 hours a week and those who merely pretended to. The study found that people who openly worked fewer hours were penalised, but could find no evidence that these people were less productive or that those who put in extra hours actually achieved more.

However, it would be wrong to think of this as purely a Western problem. One of the most talked about business stories of this year has been coverage of the demonstrations in China about the problems of overwork, especially for younger people.

The so-called tang ping or ‘lying flat’ movement is a direct response to the experience of many Chinese workers, including many who have literally watched their friends work themselves to death. More specifically it is a rejection of the country’s 9-9-6 working culture (9am to 9pm, six days a week) and a yearning for something more spiritual, not overworking, being content with your achievements and having time to relax.

Japan has traditionally had such a big problem with overwork that it has its own word for the experience of those who die because of it; ‘karoshi’, or death from overworking

This is a phenomenon also described in Japanese working culture. In fact Japan has traditionally had such a big problem with overwork that it has its own word for the experience of those who die because of it. It is known as ‘karoshi’, or death from overworking.

The problem has been endemic in Japan. A government report from 2016 showed employees at nearly one in four companies notched up more than 80 hours of overtime a month, while staff at about one in ten workplaces did an extra 100 hours.

Even in countries without such an extreme culture are feeling pressure to do something to improve the lives and wellbeing of employees. Germany’s trade union have pushed for shorter working hours. In large parts of the world there have been calls for four-day weeks on top of legislation such as the EU Working Time Directive.

While such moves are welcome, what the shift to flexible working has highlighted is how for many people the issue is how to avoid getting drawn into an unstructured digital workplace. This is open 24 hours a day every day, 7 days a week.

One solution is legislative and, in particular, the legal right to disconnect. It may also be contractual. But it also has to be cultural.

In his book, Remote Work, business writer Chris Dyer urges leaders to be examples of the change they wish to see. “Encourage staff to refrain from working when they should be off”, he writes. “Despite urgent issues, emergencies and sudden events, we want to make sure that our people are not completely wrecked and the long-term growth of the company depends on their longevity.”

He also cautions about the challenge of achieving this. “The whole issue of “out of hours” work is not as straightforward as one might expect”, he writes. “Managing the total hours of work should be the goal of organizations and leaders, but with more flexible, remote and hybrid work, employees have the option to be on or off throughout the day.”

Some firms were already ahead of the curve, even before the pandemic and the advent of normalised flexible working. In Germany, Daimler offered staff an auto delete function for their email while they are on holiday. Meanwhile Volkswagen set its servers to stop delivering emails to mobile devices for some workers from 30 minutes after the end of the working day until 30 minutes before it starts.

As we shift to a more flexible working culture, such issues will come to the fore as will their solutions. These include people’s greater freedom to choose about where and when to work and with whom, as well as being provided with the structures and equipment they need to shape their days and take the chance to ‘lie flat’.

This was first published on the What’s Up blog

Image: Wat Pho, Bangkok (The Temple of the Reclining Buddha)