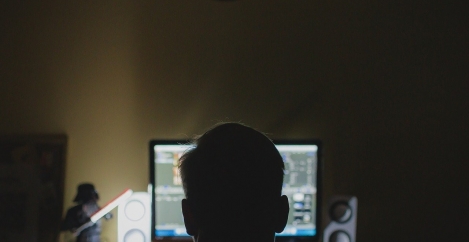 Working from home has increased UK working hours, but at what cost? 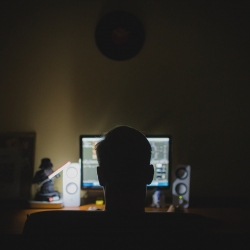 Research from Ezra claims that UK employees are working longer hours than ever thanks to remote working. However, the lack of structured office hours is having a detrimental effect on employee work-life balance and wellbeing and, therefore, the quality of their work.

Due in no small part to the COVID-19 pandemic, 2020 saw a surge in the number of UK employees working from home for at least part of their working week.

In 2019, 73.4 percent of the working population stated that they ‘never’ worked from home, but by 2020, this number fell to 64.1 percent meaning that an additional 3.46 million people moved from never working from home to spending at least part of the week doing so.

Furthermore, 2019 to 2020 also saw a 3.4 percent increase in the number of UK employees who ‘mainly’ worked from home, the equivalent of an extra 1.04 million people.

All in all, between 2019 and 2020, the number of employees who started spending at least some of their time working from home increased by 9.3 percent. This meant that, in 2020, 36 percent of all UK employees were working from makeshift spaces in kitchens, bedrooms, and playrooms. Not only are more people working from home, but research suggests they’re also working longer hours as a result.

By measuring the amount of time employees spent logged into their company’s VPN network, we know that before the first lockdown, UK employees were working for an average of nine hours a day including breaks. By January 2021, this number had risen to 11 hours a day, an increase of 22.2 percent in working hours, ranking the UK second in the world, only behind the USA where working hours increased by 37.5 percent.

Despite longer working hours, further research suggests that the quality of work might be declining along with employee work/life balance. This is due to the data suggesting that working from home has removed both daily structure and accountability for employees.

This has pushed employee work/life balance completely off kilter. Due to the lack of structure and constant accountability usually provided by traditional office-based working, employees are working long hours late into the evening. Not only does this lessen the opportunity for real-time accountability, thus risking a drop in the quality of work, it also means employee wellbeing and mental health are under threat as jobs start eating into private lives.

Founder of Ezra, Nick Goldberg, commented: “A lot of positive things have been said about the rising trend of working from home, including the fact that employees seem willing to work longer hours every day. But, while many observers will say this is because they want to work longer, or feel capable of working longer due to not having to commute, it’s just as likely that they feel obliged to work harder, too guilty to knock off at a decent hour as they would in the office.

“Structure and accountability are vital aspects of the working day and both ensure consistent and progressive action. What’s more, they both enable employees to gain some idea of whether or not they’re putting in a decent day’s graft. When working from home, structure and accountability become far less stringent. This can result in a sense of underachievement or lack of productivity for employees, which can, in turn, cause them to work longer and longer hours.

“But while we’re working longer, we’re not necessarily working harder or better, and our work-life balance is completely out of whack. This can lead very quickly to job dissatisfaction, frustration, and burnout, if not worse.”

For many people, there will be a return to regular office life by September, poll claims Cities could be more important post-pandemic, not less, suggests report