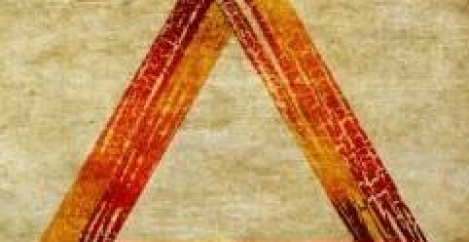 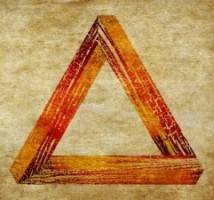 The modern workplace consists of an often unholy trinity of people, place and technology and each of these facets has its own associated profession; HR. IT. FM. Six letters. Three disciplines. One big mess. When life was simple, with people generally going to work in the same place and at the same time, each of these professions could operate in its own bubble, with a clear sphere of influence and control. Sure, they could behave in interdisciplinary ways, they could have their intersections, but at the end of each encounter they could each go their separate ways. That is no longer true. The workplace is no longer primarily physical, but digital and cultural too. The boundaries of space and time have slipped and taken with them the clear demarcations between the three main workplace professions. All of this is bound to provoke as big an existential crisis for the professions as it does for the workplace itself.

The problem is compounded by the fact that these professions have always had an existential problem, bound up with the fact that they don’t always see themselves as others see them. This has manifested itself for a very long time as a quest to gain a seat in the boardroom, to be taken seriously as a strategic discipline.

There have always been some major issues with this, not least that much of what these professions do is not strategic, nor can be. Their roles may have strategic aspects and value, but their lot in life is also to deal with the sort of work that only becomes visible when it isn’t done. That doesn’t mean it isn’t important. It means it is vital but people only worry about it when it’s not there; when the toilets don’t work, when the network crashes and when managers find themselves in an employment tribunal.

None of this stops the disciplines from agonising over their lack of representation at board level. But they themselves sometimes lapse into the occasional tacit admission that their role is often far removed from their most commonly stated strategic aspirations. Perhaps the best recent example of this is when the BIFM announced that it was to create a supergroup of facilities management trade associations in May 2013. The problem was, as many people pointed out at the time, that the merger would merely confirm the fact that facilities management is a discipline primarily devoted to support services such as cleaning and maintenance, given that those were the disciplines represented by the associations with which the BIFM was aligning itself. Perhaps that was why the whole idea was dropped after just a few weeks.

The BIFM has a bit of a track record of these sorts of alliances, which arrive with a flourish and then quickly fade and die. They have done it with the DWP and more recently the CIPD. This last alliance at least makes sense with regard to the changing nature of the workplace and has even produced some outcomes, which is always pretty remarkable when it comes to these sorts of things.

All of this appears to be part and parcel of a permanent and ongoing struggle for a place at the boardroom table. But the new battleground each of these three workplace professions is now fighting is one for their very existence. Or at least it is according to the professions themselves. Just over the last few weeks, each has publicly expressed a doubt over its continued existence, at least in its present form.

In the Autumn 2015 edition of ITNOW, the magazine for British Computer Society members, the Global CIO of Specsavers Phil Pavitt ponders the imminent demise of the ICT function in an article entitled ‘Is the IT department dead?’. More recently, another IT trade body Socitm addressed the issue at its annual conference in October and published a briefing called The ICT department: is the end in sight?  which is unfortunately and typically hidden from the gaze of non IT muggles behind a members only wall.

Meanwhile IFMA, the People’s Front of Judea as opposed to the BIFM’s Judean People’s Front, managed to bundle up both the imminent demise of FM and its missing strategic credibility in its recent report Redefining The Executive View of Facilities Management, which pretty much encapsulates the issue for good or ill. Adapt or die, is its cry.

HR, meanwhile, gets to bare its soul and its backside in more mainstream business journals, perhaps because it is closer to the epicentre of the general management shakeup. So its possible demise is remarked upon in articles in The Huffington Post,  Harvard Business Review, Fortune, Forbes and Fast Company as well as the discipline’s own trade journals.

Beyond the frequent interchangeability of the ideas expressed in all of these features, the main problem with them is that these functions are as likely to die as the office itself and for the same reasons. We are witnessing a fundamental shift in the form and role of the workplace which many people are interpreting as its demise, perhaps because that makes better headlines. In the case of the professions, this morbid view is further distorted by an ongoing attempt to appear strategic.

I cannot envisage these professions dying out any more than I can see the office popping its clogs. But they clearly need to adapt and one of the first ways they might want to consider is to give up on the quest for a boardroom role and instead make sure everybody knows how important they are as the glue that holds the workplace trinity together.