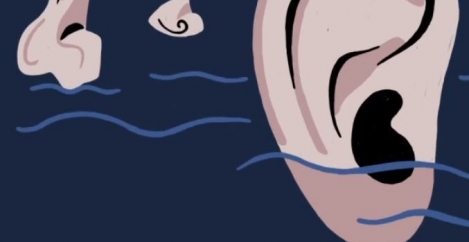 Wellbeing, a pile of turtles, office culture and some other stuff 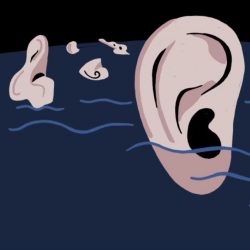 This week is Clerkenwell Design Week amongst other things, and as part of it I chaired a discussion on Tuesday about acoustics at work in the showroom of Flokk and their effect on wellbeing. We were fortunate to have a panel that involved the likes of Nigel Oseland, Michelle Wilkie of tp bennett, Joachim Schubert of Offecct and Lee Jones of Wellworking as well as an informed audience, if for no other reason than everybody’s ability to talk about the subject as complex and multi-faceted and, to some extent, hardwired.

Nobody posited a single, simple solution, because there isn’t one. There are merely a range of factors that we need to consider and address. And because some of them are cultural, psychological, anthropological and biological, the issues involved in creating a comfortable acoustic environment can be very complex indeed. As is often the case when we get into this territory, a good place to start is Neil Usher’s book The Elemental Workplace but it is one of those subjects that is impossible to resolve completely, because it’s fundamentally about people and we’re still working those out.

The underlying question is about how we can help people to be happy and addresses their wellbeing. Those terms are loaded before we even begin to address their implications, especially in the context of the workplace which complicates things by adding in other people, the building itself and the culture of the organisation, amongst other things. So it’s refreshing to see this kind of paper which, rather than coming up with one factor solutions, asks questions before delving somewhat into some detailed answers.

Even with a piece of work as dense as this, it is possible to discern the underlying layers of additional complexity for each of the issues. It’s turtles all the way down and don’t let anybody tell you different.

The problem with glass

We often get the design of buildings for people badly wrong. It is perhaps the single most commonly expressed criticism of architecture and with some validity. As this piece from Henrik Schoenefeldt highlights, the ubiquitous use of glass in skyscrapers is particularly problematic for the environment organisations and people inside, but architects and developers and their cheerleaders in the press like it primarily because of how it looks. Form eats function.

Glass has always been an unlikely material for large buildings, because of how difficult it becomes to control temperature and glare indoors. In fact, the use of fully glazed exteriors only became possible with advances in air conditioning technology and access to cheap and abundant energy, which came about in the mid-20th century. And studies suggest that on average, carbon emissions from airconditioned offices are 60% higher than those from offices with natural or mechanical ventilation.

One thing is clear: if architects had paid more attention to the difficulties of building with glass, the great environmental damage wrought by modern glass skyscrapers could have been avoided.

The idea that the office is dead has been around for about 30 years now and it not only needs to be killed off permanently, but burnt and its ashes ploughed with salt

This is just one example of how easy it can be to forget that buildings exist to serve the people inside them. Another is this kind of thing from Julie Teigland of EY, which ignores her own experience and instincts as well as decades of research, not to mention thousands of years of philosophy, to conclude that the office will be dead in the future. This idea has been around for about 30 years now and it not only needs to be killed off permanently, but burnt and its ashes ploughed with salt while everybody is forced to watch.

The piece also makes a commonly made assumption about the gig economy as a new, mainstream way of working rather than what it usually is: a supplementary income for people who would rather have a full time permanent job. And also proclaims that in future we will all be microchipped like dogs.

This last issue is likely to face more opposition than the author realises based on how people are already reacting to the roll out of facial recognition systems. The first legal challenge to their use has already begun in the UK and, as this report in the Register suggests, US legislators are being made aware of the fact that the tech isn’t really very smart, humane or useful anyway. This sceptical principle is something we should extend to the other tech we are told will transform our lives in predictable and welcome ways, as this story from Private Eye shows.

It’s all about the culture

The biggest challenge remains not how to design systems and buildings, important though those things are, but to create the right culture for people and align it with the places they work. It’s a point explored in this article in The Guardian which looks at how residents of Stockholm benefit from the right working culture, especially by comparison to the Brits and Americans who equate long hours with productivity.

The problem with the homo economicus theory is that the purely rational, purely selfish person is a functional psychopath

Lynn Stout goes one step further here, arguing that malformed business cultures have the potential to make people behave like psychopaths. It’s not a new idea, predicated as it is on the idea that the corporation’s objectives make it appear to behave in psychopathic ways when looked at from the outside, but it bears repeating.

The problem with the homo economicus theory is that the purely rational, purely selfish person is a functional psychopath. If Economic Man cares nothing for ethics or others’ welfare, he will lie, cheat, steal, even murder, whenever it serves his material interests. Not surprisingly, although homo economicus is alive and well in many economics departments, many experts today prefer to embrace behavioral economics, which relies on data from experiments to see how real people really behave. Behavioral economics confirms something both important and reassuring. Most of us are not conscienceless psychopaths.

This is good to hear, but increasingly hard to square with a world in which Amazon thinks the solution to its notoriously dreadful working culture is to make people act like it is all a game, rather than trying to actually treat them like human beings in the first place.

From storage to stowage: what neuroscience teaches us about work People declare themselves fit to work for longer