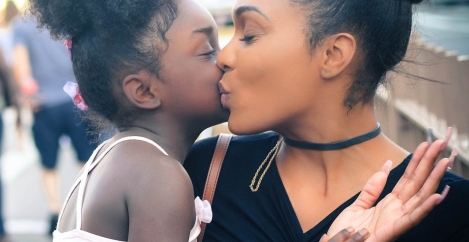 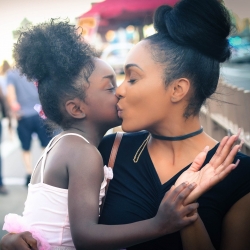 The UK government has had to make many changes to its healthcare system in the last year to stop the spread of coronavirus, including asking people to stay home when possible, prioritising higher-risk patients and putting many routine appointments on pause throughout the pandemic.

Despite the NHS doing everything in its power to keep people safe, The Care Quality Commission warns there was 26.7 million fewer NHS appointments between March and August 2020 compared to the previous year overall.

Now, growing evidence suggests that these necessary shifts have particularly caused women’s health issues to fall by the wayside and its working mothers who have been hit the hardest. With confounding factors including delays in check-ups, lack of access to sexual health services, taking on more childcare duties than men, and having higher levels of anxiety around attending appointments, many predict the pandemic’s repercussions to working mothers health could be catastrophic.

• One million women in the UK may have missed lifesaving NHS breast screening, while 600,000 cervical cancer tests failed to go ahead.

• It is estimated that 8,600 women caught in the backlog could be living with undetected breast cancer – and that their diagnosis could be delayed due to the impact of COVID-19

• Jo’s Cervical Cancer Trust found up to 600,000 smear tests failed to go ahead in the UK across April and May 2020 (in addition to 1.5 million appointments missed annually)

Thankfully, both breast cancer and cervical cancer screenings have now restarted across the UK, and it is vital that women do what they can to attend screenings. However, a survey by gynaecological charity The Eve Appeal claims that, of those that had have received invitations to smear tests this year, 28 percent have not attended them.

Hannah Travis sheds more light on why this could be the case: “The Covid pandemic has had a significant impact on reducing the uptake of cervical screening rates even further. Firstly, there was a short period of time where screening was not taking place and secondly, there was the understandable fear from women attending a medical setting for screening because of the pandemic and risk of being infected.”

The pandemic’s repercussions to working mothers health could be catastrophic.

Finally, there are some other cancers which many don’t realise most often affect females more so than males. As Hugh Adams of Brain Tumour Research explains, meningioma is one of these. “This is the most commonly diagnosed brain tumour, and it is more prominent in adult females than adult males, with research suggesting hormone replacement therapy may contribute to its increased risk.”

Because the symptoms of meningioma can be very broad – from headaches to hearing problems –its likely many women would attribute these to something less sinister.

Extra pressures mean working mothers are even less likely to put their own health first, as follows:

• In the UK, nearly three in five of all key workers are women

• 1.2 million working women within the UK have no sick pay eligibility

• The Office for National Statistics highlights women have had to balance 47 percent of their working hours with childcare, vs 30 percent for men

Aside from many health services having been paused, there are other contributing factors as to why women’s health issues may be neglected. A survey by Zegami – a data visualisation platform for medical imaging analysis – claims women (34 percent) were more likely to miss seeing a medical professional than men (24 percent) due to anxiety surrounding the virus. Aside from this, other contributing factors have affected women’s abilities to put their own health first.

Travis states, “Many were working on the front line with their time available to attend routine appointments significantly reduced. [As well as this,] some women may have been prohibited from attending due to their childcare and or carer responsibilities, and at a time when schools or nurseries were closed – respite care was unavailable, and childcare bubbles were non-existent.”

Add to that the fact that 133,000 more women than men were placed on the furlough scheme between March-August 2020, it’s possible that women are even more likely to be the designated carer in a household, while men continue to work.