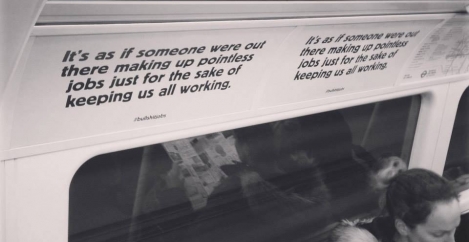 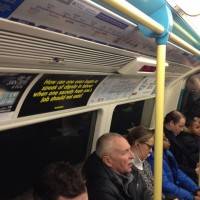 Here’s a cheery little snippet to welcome you back to work after your holidays and/or washed out Bank Holiday weekend. More than a third of British workers say their job is making no meaningful contribution to the world, claims a report from researchers YouGov. According to the study of just over 900 British workers, around 37 percent say their job is not meaningful, half of respondents (50 percent) say their job actually is meaningful to them, and 13 percent are unsure. Men (42 percent) are more likely to say their jobs are meaningless than women (32 percent). Despite this, most people with ‘meaningless’ jobs say it’s unlikely they will change jobs in the next 12 months – 53 percent, compared to 35 percent who say they might change jobs. According to the report, people who work in London are the most likely to feel unfulfilled by their jobs but, then again, they do work in London. 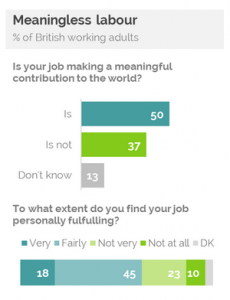 According to the study, many people are at least somewhat shamefaced to admit what they do for a living in public. Only 49 percent of British workers say they’d be proud to tell someone about what they do when meeting for the first time. Around one in twelve (8 percent) say they’d even be embarrassed, 41 percent say neither. 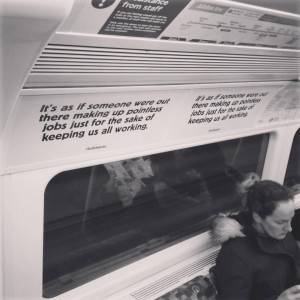 One possible solution to all of this gloom was recently brought to our attention by Insight contributor and polymath Simon Heath. It is a book called The Case For Working With Your Hands by Matthew Crawford which argues that most modern jobs are essentially ‘bullshit’. We couldn’t possibly comment one way or another on that but according to a blog on the YouGov website the same point is made in a 2013 article in Strike magazine which in turn inspired a  series of signs which were introduced to ad spaces on London Underground earlier this year.