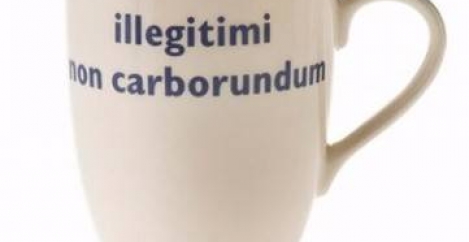 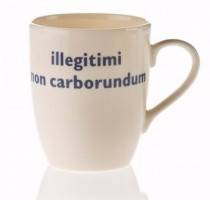 It’s always worth reminding ourselves that while a well designed workplace and favourable working conditions are very desirable prerequisites of a good job, what really makes work enjoyable and what really makes a great culture are the people with whom we work. This simple fact is one reason why some people are happy in poorly designed offices full of all the things that supposedly make them unhappy and unwell, while other people can be miserable in airy, daylit, tastefully furnished corporate palaces. Just as Peter Drucker once said that culture eats strategy for breakfast, we also know that it washes it down with a piping hot mug of office design. Culture is defined in large measure by the people around us, it can be they who determine how much we enjoy work. Here are just five ways they can drive us nuts based on recent data.

The prevailing view on dress codes and conformity is probably that it is corporation that like to impose these by diktat. In fact, it may be that workers themselves dislike any deviation from a bland norm and are more conservative than commonly supposed. In fact, according to a study from online job site CV-Library, many British workers even want their bosses to impose stricter dress codes at work. The survey claims that a third don’t think people should be allowed to express their personal style at work and two thirds would prefer it if their employer just went the whole hog and imposed a dress code.

Some particular expressions of individuality seem to be particularly irksome. Over half (59 percent) of those surveyed agree with the idea that people with visible or extreme piercings or tattoos will find it harder to succeed in their careers. Even those people with piercings and tattoos may be wary of showing them off, with nearly a fifth (17 percent) admitting they can feel uncomfortable when they are visible at work. Around 14 percent of British workers have been advised by an employer that their appearance is unacceptable.

Even so, tattoos and piercings are very common in the British workforce. Almost half (48 percent) of professionals have visible tattoos, 32 per cent of employees have piercings other than pierced ears, 31 per cent of workers wear what they consider ‘unique clothes’ and 45 per cent of men have what the survey terms ‘designer facial hair’. There is a clear mismatch in perceptions and personal style here, which is borne out by the survey’s results that 40 percent of those with piercings and tattoos themselves believe that they can hold back their careers.

According to a study by researchers at Cardiff University (but sponsored by a female hygiene product maker called Balance Activ) a fifth (19 percent) of UK workers say they have complained to a manager about the smell of one of their colleagues, 12 percent had complained directly to whomever they believed was assailing their nostrils and 15 percent had engineered a move away from their immediate vicinity.

One of the interesting issues raised by the survey is just how awkward most people find the idea of confronting somebody about their smell. It suggests that fully two-thirds of British workers think that talking to somebody else about their personal hygiene is the most difficult work based conversation they could have with them.

They’re sarcastic (although that can also be a good thing)

While sarcasm is often an attempt to make passive aggressive or hostile comments to other people camouflaged as the lowest form of wit, it can also help people who have a trusting relationship to work more creatively, according to research carried out by Francesca Gino of Harvard Business School, Adam Galinsky of Columbia Business School, and Li Huang of INSEAD.

While the study concludes that the use of sarcasm can lead to misunderstandings and provoke hostile reactions and so is usually best avoided, when colleagues enjoy a mutually trusting relationship – in itself a minefield – then it can enhance creative thinking. The researchers came to  this conclusion by assessing creative outcomes following a series of conversations carried out in a range of styles ranging from sarcastic to neutral and benevolent. The results come with another caveat in that the researchers suggest it might also be the case that creative people are inherently more likely to use sarcasm in communications. Yeah, right.

They don’t appreciate you

Making somebody who works for you feel unloved is one of the worst things you can do to them, according to a study by an online purchasing website called Approved Index. According to their survey, 42 percent of UK employees say they had quit a job because they had a ‘bad boss’. The most common complaint cited in the study of 1,374 employees was a feeling of being underappreciated (cited by 41 percent of people), overwork (40 percent) or a feeling that other people were given more credit (35 percent).

The worst industries identified by the survey  were – ironically – recruitment where 100 percent of the employees surveyed said they had left a job because of their boss, travel and tourism (77 percent) and marketing and PR (63 percent). The least trusted bosses were in the real estate sector, where only 50 percent of employees claimed to trust their managers.

They really are out to get you

Actually this one is mainly about people who work in marketing and advertising. That may mean that this survey comes with some baggage but it does raise some more general points. According to research from The Creative Group,  nearly a third (31 percent) of more than 400 advertising and marketing executives interviewed claimed that a colleague had actively done something to make them look bad at work, undermined them or tried to take credit for their work.

What is interesting about this particular study is not necessarily the hyena like behaviour of a large proportion of ad execs, but what those who feel undermined do about it. In 2008, when the same issues were addressed in a study from the same firm, 70 percent of those who felt a colleague was trying to stiff them said that the best course of action is to confront the person directly. This year, the proportion had fallen to 41 percent. Conversely 40 percent of people would now report this kind of behaviour to a manager or the HR team, up from just 10 percent in 2008.