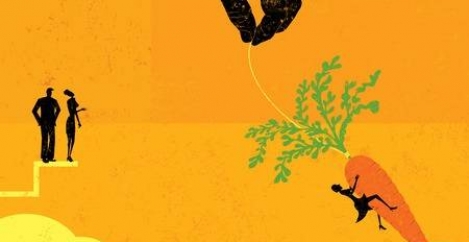 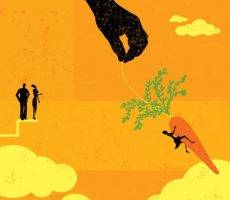 Businesses are failing to provide the perks that can help employee productivity and motivation during the summer months, claims a new survey by Peldon Rose. It also suggests that workers feel less trusted and appreciated by their companies. The report argues that during the summer months, businesses can find motivation slows as employees are distracted by seasonal events and count down the days until their holiday. Those companies found to offer summer perks to help boost morale and wellbeing, summer hours (47 percent), casual dress (37 percent) and ice cream rounds (31 percent) were the most popular, indicating that these benefits are the most highly valued by workers. However, 86 percent of respondents said that their company does not offer any such perks, with the result that many employers are missing an opportunity to make employees feel appreciated and boost happiness and morale in the summer months.

With office workers placing increasing value on the trust employers have in them to manage how, where and when they work, some 88 percent said that feeling they have the trust of their company is important to their productivity at work. Yet the survey findings reveal that a third of workers don’t feel trusted by their company, with a strong increase in the number of workers wishing that their companies trusted them more to manage how they work – up from 32 percent in Peldon Rose’s winter “Happy Office’ survey to 55 percent in the summer survey. And less than half of workers (43 percent) reported feeling appreciated by their company.

Companies seeking to use a greater range of home comforts to boost staff performance should consider introducing spaces such as quiet rooms and collaborative zones as 69 percent of workers say that quiet areas to work would make them more productive, though only a third of workers have such spaces available to them. It was also surprising that despite the drive to modernise offices and improve workplace wellbeing, very few companies offered even fairly basic amenities. Over a quarter of respondents said that their company did not have full kitchen facilities (29 percent) over half (59 percent) said they did not have shower rooms, while less than a third (28 percent) were provided with fruit and breakfast.

Jitesh Patel, Chief Executive at Peldon Rose, the office design specialists, commented: “Clearly our survey findings reveal that businesses could do more to improve in such areas as providing seasonal benefits, while also there is a need to address office workers concerns that they  are not sufficiently trusted and appreciated.

“By implementing some very straightforward changes, such as providing more quiet and collaborative zones, offering more facilities such as proper kitchens and shower rooms, training and development and the right tools and technology, companies can improve the sense of wellbeing and foster team work and boding, which are the key elements of a successful, happy and productive office.”

The current survey is the second in the Peldon Rose series of ‘Happy Office’ surveys, with the first winter survey published in the first quarter of this year. The surveys are aimed at getting to the heart of what makes an office happy, motivated and productive – with the findings offering clear guidance to businesses on how to enhance their workplaces for the benefit of their employees and to highlight areas for improvement.