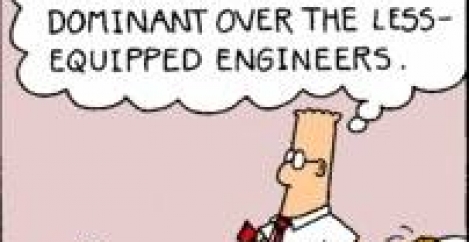 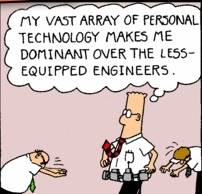 If you ever feel completely overwhelmed by the sheer amount of technology demanding your time and attention, rest assured that things are only going to get worse. A new report from tech analysts Gartner claims that as each new type of device enters the market, we don’t choose between it and what we already have, we simply add the latest addition to our technological armoury. This challenges the commonly held assumption that people choose between different devices as new ones emerge. The report suggests that by 2018, a typical user in a mature technological market will own and use at least three devices including phones, tablets, PCs and wearable tech. Worryingly, the study also suggests we will use more than two devices per person at any given time. The report suggests that during 2016, the installed base of devices will total 7.8 billion units worldwide and is on track to reach 8.3 billion units in 2018.

“The combination of the high level of adoption of technology, the availability of faster networks, and decision making becoming increasingly dependent on real-time information, will undoubtedly lead to more devices per user,” said Anshul Gupta, research director at Gartner.

Gartner expects mature market users to use three to four personal devices from a mix of “main” and “niche” devices. Main devices will include smartphones, tablets, convertibles (two-in-one devices) and notebooks, and will contribute to more than two devices per person at any time. Niche devices will include a growing range of wearables such as smart watches, health bands, smart glasses and new types of connected devices such as smart cards, e-readers and portable cameras.

Gartner has made several more predictions for the personal device market, including:

By 2018, at least one non-traditional phone maker will be among the top five smartphone brands in China.

“Chinese Internet companies are investing aggressively in mobile device hardware development, platforms and distribution to secure a prominent position in the smartphone market,” said CK Lu, principal research analyst at Gartner. “They are not only keen to increase user loyalty and engagement through partnerships and investments, but also willing to sacrifice today’s hardware revenue in order to secure higher net worth and a more profitable revenue stream in the future.”

As a result, the smartphone segment is becoming increasingly competitive and complex, and the way in which value is derived from it is also changing. “The smartphone market will become more fluid and will allow new players to enter it,” added Mr. Lu. “The entrance of Chinese Internet companies will put further pressure on traditional smartphone vendors, who will be forced to innovate beyond hardware in order to stay in the game.”

By 2019, 20 percent of personal devices will record emotions used to create individual responses or crowdsourced analysis by the system.

Emotions can be measured using a combination of different sensors, including sound recording, or human emotions could be captured and analyzed by recording facial expressions via video or a still camera. “Organizations will be able to translate voice analysis into training tools for customer service employees, and smartphones will be able to analyze conversations and provide feedback on how to improve client interactions,” said Ms. Zimmermann.

Devices tracking personal health and fitness will become more accurate, allowing people to better track their physical and mental health. At the same time, organizations will be able to track the stress or fatigue levels of employees who work in hazardous environments or carry heavy responsibility (such as air traffic controllers), and take preventative measures where necessary.

By 2019, one-third of PC users will use speech or gestures to issue commands.

With the recent introduction of 3D cameras on desktop and notebook PCs — together with the Windows 10 personal assistant feature — gesture and voice are set to boost existing keyboard and touch functions.

By 2019, Gartner estimates that more than 60 percent of total PC installed base will be on Windows 10. “If at least half of Windows 10 users opt for voice or gesture to give commands, that will make 30 percent of the installed base using this function,” said Lillian Tay, principal research analyst at Gartner.

“Speech and gesture will bring new usage and productivity gains in the commercial sector,” said Ms. Tay. “Take, for example, in field service where a worker can have hands-free access to files and documents by using a gesture to flip a page. Similarly, at home, voice and gesture provide a nice fit with a hands-free PC interaction scenario. For example, waving to a screen to change the page of a recipe book when the user is cooking, or opening a browser to search and add items to a grocery shopping list whenever something comes to mind.”