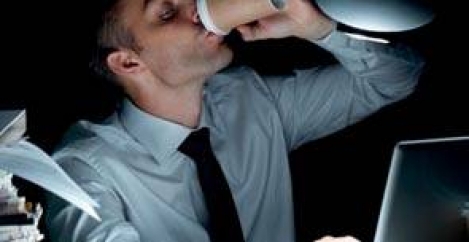 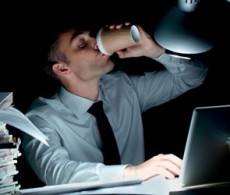 We should have worked out by now that long hours and productivity are not the same thing. It’s been a long-standing issue in the UK where people manage to combine some of the longest working hours in Europe with levels of productivity that fall habitually some way behind those of our partners on the mainland. Over the past couple of weeks a couple of reports have been published which not only make the point that the long hours culture and an obsession with work may actually be reducing our productivity and even harming us physically, emotionally and psychologically. The range of ailments associated with the dysfunctional ways we work include stress, stroke, deep vein thrombosis, relationship breakdown, a range of infections and feelings of isolation. The question they posit is whether it’s all worth it, especially if we’re not getting as much done as we’d like to think.

A greater risk of stroke

The most scientific of the studies was published during August in the UK’s foremost medical journal The Lancet. Using data from more than half a million employees, the study concludes that people who work long hours beyond what might be considered a typical structured working day are more likely to suffer a stroke. Although the researchers avoid explaining the exact cause of the correlation, they claims that compared to people who work between 35 and 40 hours a week, those who average over 48 hours  have an increased risk of 10 percent, those who work up to 54 hours have a 27 percent increase and those who put in over 55 hours, 33 percent.

The lead researcher in the study, Dr Mika Kivimaki of University College London, claims that it is too early to pinpoint exactly what is going on. Ideas that researchers are now exploring include the extra stress of long hours, that sitting for long periods may make stroke more likely or that long hours are closely linked to a range of other important lifestyle factors including poor diet and lack of exercise.

In an interview with the BBC, The Stroke Association‘s Dr Shamim Quadir commented: “Working long hours can involve sitting for long periods of time, experiencing stress and leads to less time available to look after yourself. We advise that you have regular blood pressure checks, if you’re at all concerned about your stroke risk you should make an appointment with your GP or health professional.”

The lure of jet set living

Not all of the problems are associated with putting in unduly long hours at a desk. According to a new report by researchers at Linnaeus University and the University of Surrey a group who they describe as the ‘hypermobile’ are equally prone to a range of associated issues. These are the people who enjoy what may be considered a superficially glamorous life, constantly on the road or in the air and falling prey to the assumption that this is an attractive way to work. Film buffs will conjure up images of the rather good George Clooney film Up In The Air which addresses many of these same themes.

“Mobility for business and pleasure is typically glamorised and encouraged in more privileged societies,” the report’s authors write. “Mobility patterns are now vital and consequential venues of competition for social status, agents of social connectedness, and identity formation.”

However the problems associated with a life of perpetual travel identified by the researchers include jet lag, deep vein thrombosis, infections, heart disease, stroke, stress, anxiety, feelings of isolation and the breakdown of personal relationships. The report even suggests that people who fly more than 85,000 miles a year may exceed regulatory limits for exposure to radiation. Like their desk bound contemporaries, they may also fall prey to poor nutrition and lack of exercise.

A point worth making

Meanwhile a software developer called Daniel Cook has also produced an interesting insight into the problem, citing around 31 academic studies into the deleterious effects of a long hours culture. Daniel Cook’s Rules of Productivity claims that working a 60 hour week could lead to a productivity deficit. He writes: “In a 60 hour crunch people have a vague sense that they are doing worse, but never think that they should stop crunching. They imagine that working 40 hours a week will decrease their productivity. In fact, it will let them rest and increase their productivity”.