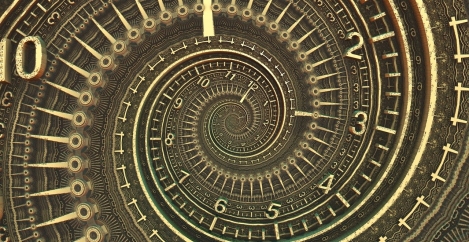 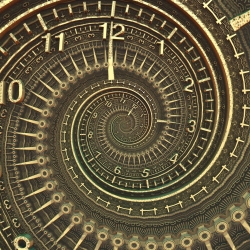 We’re all biased. We all recognise the sharp bump of our critical thinking skills kicking into life when confronted with ideas and information that go against our beliefs. We know how they doze in the comforting embrace of affirming data. So, it’s been entertaining this week to observe the reaction to the large-scale academic study of 10,000 IT workers which found that they had worked 30 percent longer hours while working from home, a fifth of it outside their normal times of work, without actually doing any more work. In essence their productivity had fallen by 20 percent in spite of their increased hours.

For a start, this study hasn’t had the traction it merits, perhaps because it doesn’t fit the current media narrative. But it’s been most interesting to see some people try to pick it apart. They’ll argue about its methodology, how you can’t apply the information to different types of organisations and individuals, how the results are invalidated by the curious circumstances in which the survey took place, and how it has a curious obsession with productivity.

Now these are all valid criticisms. But it’s a shame that some of the same people haven’t made the same criticisms against information that affirms their beliefs about remote work and its effect on productivity and work-life balance.

There’s been a lot of this sort of thing about over the last few months. You could see it when news emerged that most firms weren’t going to desert their offices completely. It was there when several of the big tech firms (of all people!) committed themselves to their offices. And many people were apoplectic about the statements of Goldman Sachs (with some justification).

The underlying problem is a fundamentalist belief that we can improve people’s working lives by changing their surroundings. As I have argued before, this used to be most evident in the cargo cult of office design. Now we have a creed of bedroomism. The idea that you can make work better simply by changing somebody’s location.

For most people, their experience of work is largely determined by their relationship with their job and the people with whom they work and not by their surroundings

Again, there is some merit in this. But it ignores the simple truth that there are multiple variables at play, they change constantly, they don’t apply to everybody and they don’t apply all the time. You don’t permanently solve complex problems of this sort by changing one variable.

For most people, their experience of work is largely determined by their relationship with their job and the people with whom they work and not by their surroundings. We’ve known this for a hundred years. Firms can help employees by giving them better surroundings and not insisting on fixed times and places of work, but it is human solidarity and a better work culture that really changes their daily lives.

Andrew Hill makes the same point in the FT, with reference to the film Nomadland and the precarious lives and work of the people it depicts. People can put up with work they hate, if they love the people around them.

The bedroomists ignore other eternal truths about the human condition. The author John Levy sets out some of them in this piece in The Boston Globe. He backs up his arguments by citing research into how humans behave and how they respond to certain conditions.

Yet again, these arguments are all deserving of scrutiny and I would certainly argue with his conclusion. But one set of reactions I saw to it on LinkedIn was fascinating. At least one person refused to read it at all. Another did but responded with a textbook example of cognitive dissonance, dismissing the work of Tom Allen as irrelevant because it’s from the 1970s; like that is an argument, like that is true (it isn’t – the author of the piece quotes Allen from 2006) and like humans have evolved since then.

On a similar note, I also read this week a piece from Robin Dunbar about why he believes his famous eponymous number is still relevant.

“Architects have mulled over its application to building design, and there has been considerable interest in the world of business, for whom it resonates strongly. “Dunbar_number” yields nearly 1,400 papers on Google Scholar, and 26,500,000 hits on Google.

This exposure has, perhaps inevitably, led researchers to challenge Dunbar’s number. In science, challenges are helpful: they force us to evaluate the assumptions underlying a hypothesis and, as a result, invariably point the way to new discoveries. This hasn’t always been true for Dunbar’s number: most of the critiques have just muddied the waters.

Despite the growing evidence, the same critiques reappear with suspiciously religious zeal. The most common claim is that human behaviour is culturally determined and so cannot be subject to the same biological rules as primate behaviour. Another variant on this claim is that networking platforms such as LinkedIn have made it possible for us to maintain more extensive social networks.

Most of these claims fail to recognise that Dunbar’s number applies to quality relationships, not to acquaintances – which account for the more casual outer layers of our social networks, beyond our 150 meaningful friendships.”

Whether or not you accept the validity of Dunbar’s number or the work of Tom Allen, there is a wider issue here. Which is that we should remember that we are talking about humans. We continue to create tools which redefine the way we interact with each other and the world, but we remain highly evolved, yet flawed and occasionally wonderful primates. And one of those flaws is our tendency to bias. We may not be able to change that, but we should be aware when we see it in ourselves.

“The hour-glass whispers to the lion’s roar,

The clock-towers tell the garden’s day and night

How many errors Time has patience for,

How wrong they are in being always right.

Yet Time, however loud its chimes or deep,

However fast its falling torrent flows,

Has never put one lion off his leap

Nor shaken the assurance of a rose.

For they, it seems, care only for success:

While we choose words according to their sound

And judge a problem by its awkwardness;

And Time with us was always popular.

When have we not preferred some going round

To going straight to where we are?”