Office design goes to the movies. Part 3 – Being John Malkovich

In which John Cusack plays an unemployed puppeteer who takes a mundane office clerk’s job in the low-ceilinged offices on Floor 7½ of the Mertin Flemmer Building in New York. When he asks his boss why the ceilings are so low, he is told ‘low overhead my boy’.  Bad pun, great commentary on how it’s always possible to fit a little bit more into the building, especially if you ignore the bothersome problem of the people who work inside and their physical constraints. 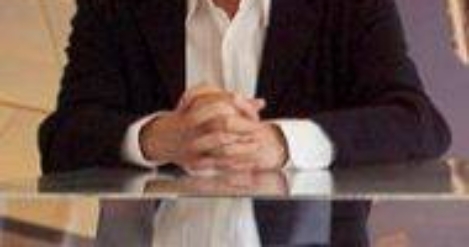 Where are the muggles in Terry Farrell’s architecture policy review? 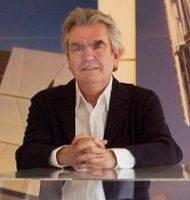 One of the standard complaints commonly ascribed to facilities managers and others who work to manage our buildings and the people and stuff inside them is that they are not consulted well enough when it comes to the development, architecture and design of buildings. Well, now they may have a chance to see how that all feels writ large following yesterday’s announcement from Culture and Creative Industries Minister Ed Vaizey of the launch of an independent review of the UK’s architecture which will be undertaken by the architect Sir Terry Farrell leading a panel of mainly architects.

END_OF_DOCUMENT_TOKEN_TO_BE_REPLACED

Video: how networks of engaged people can achieve more than nations

In spite of all its flaws, the Internet can empower people to address specific issues in ways that exceed the abilities of nation states. In this energising talk for the Royal Society for the Arts, Don Tapscott, a Canadian businessman and now one of the world’s leading authorities on the impact of technology on people and societies, explores the idea that engaged and connected people can work together to innovate and solve issues that can seem intractable to the world’s governments and international bodies, including the most serious demographic and environmental challenges we all face.

As part of the Canadian government’s consolidation of its diplomatic mission in the UK, it has put up for sale MacDonald House in Grosvenor Square in London and will look to develop its other main building Canada House in Trafalgar Square. MacDonald House was formerly the American Embassy until 1961 and the Canadian Government has been looking to consolidate its operations for a number of years. As well as moving its functions under one roof, the Government has earmarked $16 million for a revamp of Canada House which will also be designed to showcase Canadian values and know-how.

END_OF_DOCUMENT_TOKEN_TO_BE_REPLACED

Nearly three quarters (71 per cent) of building design and construction experts agree that BIM (Building Information Modelling) represents “the future of project information” and 39 per cent confirmed that they are already using it. But the annual industry-wide BIM survey, undertaken by NBS, reveals a lack of clarity around the subject which could prove an obstacle to its more rapid adoption. 74 per cent of those polled agreed that the industry is “not clear enough on what BIM is yet” and only around one-third claim to be “very” or “quite” confident in their BIM knowledge and skills.

END_OF_DOCUMENT_TOKEN_TO_BE_REPLACED 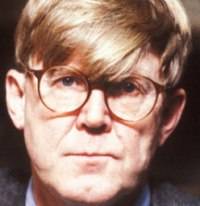 The 2013 Pritzker Architecture Prize, considered architecture’s highest accolade is to go to Toyo Ito, a 71 year old Japanese architect whose work includes the Sendai Mediatheque library in Sendai City, Japan, which withstood the 2011 earthquake, Tokyo’s Tama Art University Library, and London’s 2002 Serpentine Gallery Pavilion. Ito, whose architectural practice is based in Tokyo, said of the award: “Architecture is bound by various social constraints. I have been designing architecture bearing in mind that it would be possible to realize more comfortable spaces if we are freed from all the restrictions even for a little bit.”

END_OF_DOCUMENT_TOKEN_TO_BE_REPLACED 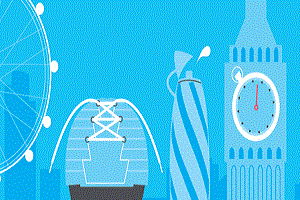 END_OF_DOCUMENT_TOKEN_TO_BE_REPLACED

Plans for two buildings on the site of the failed Lumiere mixed use skyscraper project in Leeds have won planning approval. The new Central Square scheme in the city centre  will deliver 262,000 sq.ft. of office space in two new buildings, one consisting of 89,000 sq.ft. over eight floors and a larger 11 storey building with 173,000 sq.ft of space. The new plans replace those for the landmark Lumiere tower  Lumiere originally intended to be completed in 2010 but put on hold in 2008 and finally cancelled two years later. The new scheme has been designed by Aedas. (Forgive the Franglais in the title.)

The Cabinet Office minister Francis Maude has claimed that central Government departments in the UK have now raised more than £1 billion by selling unused property since 2010. He also claimed that government departments have saved an additional £168 million with the termination of leases on unwanted buildings. The landmark figure was reached with the sale of St. Dunstan’s House (above), formerly home to the Ministry of Justice to Taylor Wimpey who will be converting the site into – what else? – a residential project of 76 apartments designed by David Walker Architects.

END_OF_DOCUMENT_TOKEN_TO_BE_REPLACED

Landmark buildings can lead to an identity crisis for tenants

A new generation of landmarks

Companies want to brand themselves in lots of ways and for lots of reasons. There are all the usual reasons to do with marketing but when companies talk about brand and how it is integrated with architecture and the design of their offices they are equally likely to be concerned with attracting staff and making what they think are the right statements about their business. The problem is that while nearly everybody wants to brand their workplace, the design solutions can become overly literal. There’s nothing inherently wrong with logos in the carpet but successful design will be about far more than that. It usually has to be rather less literal and rather more intelligent.