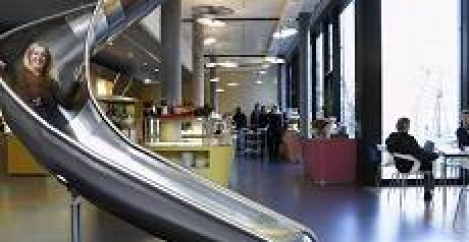 Making sense of the relentless babble about flexible working 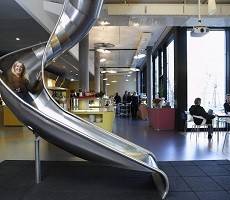 Not a day goes by when some organisation or other isn’t found extolling the virtues of flexible working or urging everybody to adopt the practice. While it’s easy to be cynical about the results of surveys from technology companies which are a staple part of this media onslaught, they are actually on to something. And that is why governments, employers and their associations and employees are all attracted to the idea of flexible working as a way of achieving whatever it is they want. The result is the stew of motivations, ideas and terminology that can lead commentators to make grand and daft pronouncements about flexible working; pronouncing it dead, most famously in the case of Yahoo but more subtly in the case of the grand new Xanadus being created in Silicon Valley by the area’s Charles Foster Kanes, or as the harbinger of death for the office based on the notion that somehow we’ll all be working in exactly the same way at some point in the future.

You can do this over any period of time but in the last few weeks, we’ve seen flexible working portrayed as an answer to the housing crisis, the productivity crisis, as well as the generational crises of both millennials and the middle aged. Meanwhile we are told that flexible working is now mainstream in the UK, except that the UK is lagging behind other countries and London most of all. Worldwide, many organisations struggle to afford the costs of working in the cities they’d like to be, prompting firms in places like the US and Hong Kong to consider alternative forms of working or simply coughing up. There are other surveys, reports, comments and discussions that have appeared over the same period of time and the subject hums along as a leitmotif on the UK’s genuinely most influential media such as Netmums.

The problem with a great deal of the commentary on the subject of flexible working is that it attempts to draw (near) universal conclusions from all this babble, often from single cases. If a large firm decides it doesn’t want its staff to work from home anymore, that means we must talk about a flexible working ‘backlash’. If a large tech or creative business adopts more flexible working practices or  installs a slide rather than stairs for some godforsaken reason, this marks either The Death of the Office or The Office of the Future.

What such judgements ignore is not only the mangled terminology that allows business leaders to talk about flexibility and productivity when they actually mean longer unpaid hours,  but also the complexity of working models now available to us which allows us to choose what is best in any given situation. There is no evolution towards a universally accepted model of workplace design and management culture. What we have is a diverse and changing ecosystem, some branches of which are as perfectly adapted to their environment as they can be so forcing change on them can only lead to regression. There’s nothing wrong with any model of office design or style of management if it’s the best for a particular organisation or group of people. It should only change when it needs to.

We shouldn’t fall into the trap of believing that there is a linear evolution that leads to a single accepted paradigm and which might compel us to take decisions based which may be counter-productive. In equivalent biological terms, not all roads lead ultimately to mankind as some falsely suppose. Some lead to horseshoe crabs which look primitive but have found their niche, stuck with it successfully over millions of years and so have been around for a lot longer than the human race is likely to manage.