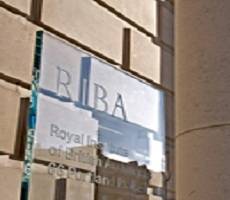 A new report from The Royal Institute of British Architects (RIBA) sets out a number of recommendations for the next UK Government and calls for greater economic leadership from English cities to rebalance the UK economy and take some of the pressure off London and the South East. RIBA’s report, Building Better Britain: A vision for the next Government, advises that by focusing on architecture and the built environment, the next Government will be better placed to address a sluggish economy, a shortage of new homes, an aging population and the effects of climate change. Building on the findings of the Farrell Review, the report is intended to provide policy makers with a greater understanding of the impact of how places are designed, planned and built and how they affect our day to day lives.

END_OF_DOCUMENT_TOKEN_TO_BE_REPLACED 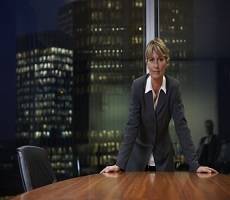 An Enhanced Code of Conduct for executive search firms to support more women appointments to FTSE 350 boards has been announced by Business Secretary Vince Cable. Over 70 firms signed up to the original voluntary code of conduct launched in 2011. In response to the independent Sweeney review in February 2014, the search industry has now developed a new Enhanced Voluntary Code of Conduct, which builds on the terms of the standard voluntary code and is intended to recognise the efforts of search firms working to build the pipeline of FTSE board directors of the future. The Code was drawn up by the search firms themselves working with the Davies Steering Group. It contains 10 new provisions, from launching initiatives to support aspiring women to sharing of best practice and running awareness programmes within their own firms. END_OF_DOCUMENT_TOKEN_TO_BE_REPLACED

The Royal Institution of Chartered Surveyors (RICS) has confirmed the first female President in the Institution’s 146 year history. New President of RICS Louise Brooke-Smith will give her inaugural speech today (1 July) during RICS’ Governing Council meeting in London. Alongside her presidency of RICS, Brooke-Smith will continue to be involved with the Birmingham based planning and development consultancy, Brooke Smith Planning. RICS accredits over 118,000 qualified professionals across the globe in land, real estate, construction and infrastructure. She succeeds outgoing RICS President, Michael Newey and during her year-long presidency, will focus on three core areas; diversity, Africa and her professional specialisms, planning and land economics. Commenting on her diversity plans for the year Louise Brooke-Smith, RICS President said: “Chartered Surveying is a globally recognised profession, and we must ensure that it is open to all, whatever their background, or gender. END_OF_DOCUMENT_TOKEN_TO_BE_REPLACED

END_OF_DOCUMENT_TOKEN_TO_BE_REPLACED

As the UK extends the right to request flexible working to millions of new workers, a new and unsurprising survey from Virgin Media Business claims that nearly half (44 percent) of the country’s businesses do not equip staff properly to do their jobs away from a main office. The survey of 1,274 people already working remotely found that only 30 percent of firms supply staff with a corporate approved smartphone and a mere 16 percent offer tablet computers. Other problems highlighted in the survey include problems accessing broadband (cited by 36 percent), access to company information (32 percent)  and access to emails (21 percent). The survey also reported a mismatch between employer and employee  when it comes to perceptions of security.  While only 22 percent of staff feel it is a concern, 50 percent of them concede that it is a major issue for their employers.

New legislation that encourages flexible working practices comes into force today (30 June). From today, all employees who have worked for their employer for 26 weeks or more will have the right to ask if they can work flexibly. This right previously only applied to the parents with children under the age of 17 (or 18 if the child is disabled) and certain carers. To help guide employers through the process, workplace expert Acas has published a new Code of Practice and guidance on the right to request flexible working. The new Code and practical guidance is designed to help employers consider any requests in a reasonable manner and stay within the law. “Many employers recognise that they can retain talented staff by offering a flexible approach to work and a healthy work life balance can help business success and growth, said Acas Chair Brendan Barber. “Our new guide has practical examples to help businesses or employers manage flexible working requests in a reasonable way and avoid any pitfalls. END_OF_DOCUMENT_TOKEN_TO_BE_REPLACED 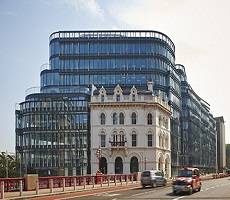 A City Heritage Award for Building Conservation has gone to architects KPF and the City of London Corporation for the rebuilding of the Sixty London gatehouse and restoration of the adjoining Holborn Viaduct. The schemes, which were completed in the Autumn of 2013, were honoured for their high standard of craftsmanship and finish. Sixty London replaces Bath House, a former mixed-use development designed in 1967, and rebuilding the northeast gatehouse, destroyed during the Second World War, was a crucial part of the KPF design. The gatehouse re-establishes the original symmetry of four gatehouses which historically stood at the intersection. The new office building comprises 212,000 sq ft of office space from Basement to ninth floors and is designed to achieve a BREEAM ‘Excellent’ rating. It also won the ‘Best Large Commercial Building’ category at the London region Local Authority and Building Control (LABC) Building Excellence Awards in May. END_OF_DOCUMENT_TOKEN_TO_BE_REPLACED 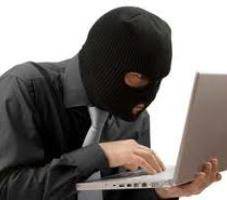 The inability of employees to follow computer access policies is the greatest threat to an organization’s data security, just slightly ahead of professional hackers. Yet, as a new report reveals, the majority of IT managers still believe it is ‘easy’ to protect their organisation’s security and defences against a data breach. The research, commissioned by Courion, found that 43 percent of respondents felt they could have better relations with Human Resources in managing staff access rights, with a majority (59 percent) not feeling confident they had enough help to make dealing with insider threats easier.  This follows a recent separate study into staff attitudes to IT security that found staff could be ambivalent about how they use their access rights – for example, 39 percent share work login details with colleagues and 1 in 5 of UK professionals said they would snoop on sensitive personal data if they had access to it.

END_OF_DOCUMENT_TOKEN_TO_BE_REPLACED 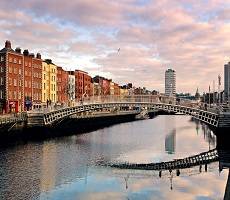 END_OF_DOCUMENT_TOKEN_TO_BE_REPLACED

Recruiters failing to adapt to increasing demand for flexible working 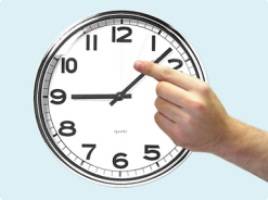 Contrary to the recent report by Robert Half, which found that larger firms use flexible working to attract staff, hiring managers are failing to keep pace with the growing trend for flexible work. According to research by the Timewise Foundation, two in every five full time workers want to work fewer hours or remotely, on top of the one in four workers already in part time jobs. Yet only a quarter of job advertisements mention flexible options. Following previous research which found that two in five people worry about asking their employers to allow them to work flexibly; new research amongst employers asked how receptive they were to job applications from candidates who need flexibility. The research found that while the vast majority (9 in 10) say they welcome questions about flexible working – candidates still face significant barriers when it comes to finding a brand new flexible job.

END_OF_DOCUMENT_TOKEN_TO_BE_REPLACED

The awards programmes pile up at this time of year and following the announcement of RIBA’s best workplaces for the year, four buildings, from the United States, Australia, the Netherlands and the United Arab Emirates, have been named the best tall building in the world for 2014 in their respective region by the Council on Tall Buildings and Urban Habitat (CTBUH). An overall winner for the “Best Tall Building Worldwide” will be named from the four regional winners, following presentations from the owners and architects of each building, at the CTBUH 13th Annual Awards Symposium, which will take place at the Illinois Institute of Technology, Chicago, on November 6. The symposium will be followed by the Awards Ceremony and Dinner in the iconic Crown Hall, designed by Mies van der Rohe. The 10-Year, Urban Habitat, Lifetime Achievement, Building Performance and Innovation awards will be announced in the coming weeks, and will also feature at November’s awards events.

END_OF_DOCUMENT_TOKEN_TO_BE_REPLACED 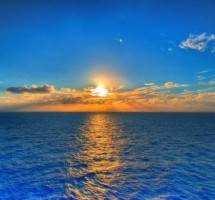 A new report commissioned by the Green Construction Board, Property Industry Alliance and UK Government claims that efforts to tackle energy consumption in commercial property and reduce the associated emissions of greenhouse gases needs a new approach to the way policies are understood, monitored and enforced. The warnings come in a paper produced by Deloitte which suggests that while the associated potential for savings and a wide range of environmental and economic benefits are beyond question and the Government has the will to make them happen, there is a lack of cohesive thinking in current policies and legislation coupled with a shortfall in innovation and investment. When the report was commissioned last year, it was done so on the basis that buildings remain the UK’s largest contributor to carbon emissions, with energy use in non-domestic buildings accounting for 17 per cent of the total.