As Virgin boss Richard Branson throws his considerable influence behind flexible working, with the revelation that his personal staff can now take time off whenever they want for as long as they want; new research published for National Work Life Week illustrates why we need a more flexible approach to where and when we work. The average British one-way commute has increased in the last couple of years, at nearly half an hour (29.6 minutes) compared to 26 minutes two years ago. Employees in large firms appear to endure the longest commutes, clocking up a one-way average of 39 minutes. The knock-on effect means over-crowded trains, roads and buses and an increasingly stressed workforce more prone to stress and ill-health. Branson has promised to extend the policy if, as he notes in his blog, it results in similar productivity gains as Netflix, which has pioneered this approach. END_OF_DOCUMENT_TOKEN_TO_BE_REPLACED

How we travel to work has enormous impact on wellbeing, claims new research

New research has further highlighted the important role that the mode of transport we choose to get work has on our physical and psychological wellbeing. Walking or cycling to work is better for people’s mental health than driving to work, according to the research by health economists at the University of East Anglia and the Centre for Diet and Activity Research (CEDAR). The report ‘Does active commuting improve psychological wellbeing?’ was published today in the journal Preventive Medicine and draws on 18 years of data from 18,000 people. It follows on the heels of two other reports published last month in the British Medical Journal and Science Direct which make related claims about the careful choices we should make about how we get to work.

END_OF_DOCUMENT_TOKEN_TO_BE_REPLACED

France has joined the UK, Netherlands, Germany, Belgium and Denmark in offering a financial incentive for people to cycle to work. The six month scheme will see people paid to take to their bikes as a way of cutting traffic, pollution and fuel consumption as well as boosting people’s health. When announcing the scheme, Transport Minister Frederic Cuvillier, said that if  the pilot is deemed successful, it will be extended to confirm its outcomes. He hopes that the bike-to-work incentive scheme will boost bike use for commuting by 50 percent from 2.4 percent of all work-home journeys, or about 800 million km, with an average distance of 3.5 km per journey. In Belgium, where a tax-free bike incentive scheme has been in place for more than five years, about 8 percent of all commutes are on bicycles. In the Netherlands, it is about 25 percent, according to Reuters.

END_OF_DOCUMENT_TOKEN_TO_BE_REPLACED

There have been some doubts cast recently on the environmental benefits of flexible working. At the recent ThinkFM conference, Lord Rupert Redesdale, the CEO Energy Managers Association said that keeping buildings open for longer to accommodate flexible workers could become unfeasible for many businesses. But what if you simply increase the numbers of home workers instead? Homeworking reduces employee commuting, resulting in carbon, money and time savings. If office space is properly rationalised to reflect this, homeworking can also significantly reduce office energy consumption and rental costs. This is according to new research from the Carbon Trust, which found that if adopted and encouraged by employers across the country, homeworking could result in annual savings of over 3 million tonnes of carbon and cut costs by £3 billion.

END_OF_DOCUMENT_TOKEN_TO_BE_REPLACED

SkyCycle. Great idea, but how realistic is it really?

A cycle lane in the sky is a brilliant concept. The very name conjures up visual images of 21st century transport networks that HG Wells might have been proud of. But wedged above the Enfield Town to Liverpool Street line or its equivalent it seems very unlikely. So let’s assume this is an exercise in marketing, making use of good research and creative design as a means to kick start the debate about how we get to work and how we can accommodate more different and more sustainable methods of commuting. And let’s not restrict this to London either. The capital might have more obvious issues, more publicity; a larger than life Mayor; plus too many cycling fatalities, but they are problems shared across the UK.

END_OF_DOCUMENT_TOKEN_TO_BE_REPLACED 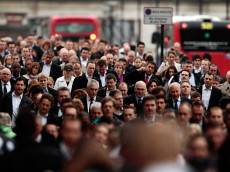 Vermont became the first U.S. state to enact a law requiring employers to consider workers’ requests for a flexible schedule without fear of retaliation. The law, signed by the governor in May, includes a statutory process which requires “good faith” discussions relative to the employee’s needs and the company’s business operations. Despite Vermont’s efforts to make the workplace more accommodating, the United States still lags behind Europe when it comes to flexible work schedules and accommodating family life issues. For example, Vermont is already a decade behind the United Kingdom which passed similar legislation in 2003. The reasons for this are not cut-and-dried either.

END_OF_DOCUMENT_TOKEN_TO_BE_REPLACED 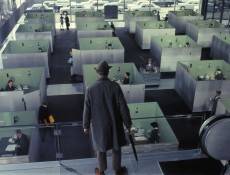 Stimulated by a number of rather unsubtle commercial interests, the ‘in’ workplace discussion seems to have swung from ‘collaboration’ i.e. organisations need more new spaces for formal and informal collaborative interactions, to ‘distraction’ i.e. open plan workplaces are creating a loss of productivity because people whose work requires concentration are impeded by constant interruption. The implication of the latter is that people should keep their ‘cubes’ and open-plan should be avoided at all costs. You can see pretty quickly where the commercial axes are being ground can’t you.

END_OF_DOCUMENT_TOKEN_TO_BE_REPLACED 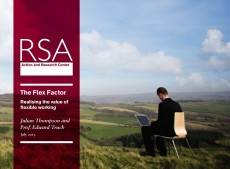 The latest salvo in the battle to get Britain to adopt even more flexible working comes in a report that carries more weight than some because it is not solely the work of a technology company but sponsored by the Royal Society for the Encouragement of Arts, Manufactures and Commerce (RSA). True, it’s co-sponsored by Vodafone but that is the way of these things. The RSA study estimates that flexible working practices shaped around the personal circumstances of the individual and designed to minimise the routine grind of commuting could give people around 5 more hours per week in which to work.

END_OF_DOCUMENT_TOKEN_TO_BE_REPLACED

High-rise buildings tend to evoke a love-hate response, and being green is usually not a strong feature. However a new high-rise is being planned in California which aims to join the handful of tall buildings in North America to achieve the U.S. Green Buildings Council’s LEED Platinum certification. The 37-storey Century City Center will integrate the best new engineering and technological practices and innovations to deliver the first new build LEED Platinum “green-rise” in Los Angeles and Southern California. It promises, say developers JMB Realty Corporation, to effectively create a new benchmark in sustainable performance for the commercial office market in America’s second-largest urban region.

END_OF_DOCUMENT_TOKEN_TO_BE_REPLACED

Half of all people now work out of the office at least once a week, and more than one in four (27 per cent) every day according to data from software supplier Sage, but a new report by social business the Timewise Foundation warns that this flexibility might come at a price. It found part time and flexible workers face key barriers in terms of career agility, with nearly three in four part time workers saying they haven’t been promoted once since working part time (73 per cent), and over a fifth (22 per cent) saying they wouldn’t even expect to be. Nearly two thirds (63 per cent) believe that promotion with their current employer might be possible, but only by increasing their hours – something that’s not an option for more than a third of respondents (36 per cent) who rate part time hours as ‘crucial’ in their lives, nor a straightforward choice for the 52 per cent who state they are ‘important’ to them. END_OF_DOCUMENT_TOKEN_TO_BE_REPLACED